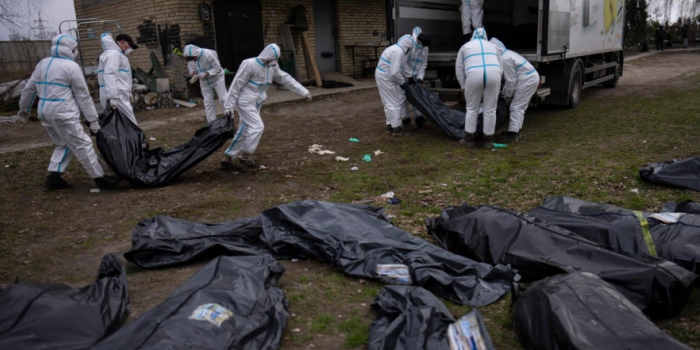 Analysts at the Institute for Strategic Dialogue note that three weeks after the Bucha massacre, Facebook posts with disinformation about russian war crimes in Bucha were the most widely distributed in 20 countries.

This is stated in a study carried out by the Institute for Strategic Dialogue, according to Radio Liberty.

The researchers analyzed 10 most popular Facebook posts that mention Bucha in 20 countries, posted between March 30 and April 6.

According to their findings, the most shared publications were questioning the evidence of russian war crimes in Bucha.

"The reports call into question the time frame of the massacre and suggest that the victims were in fact killed by the Ukrainian army as punishment for supporting the russian army," the study says.

The ISD's findings are as follows:

"Research shows that bloggers, disinformation pages and alternative media are making significant strides in strengthening pro-kremlin narratives and shaping the discourse around the war on social media. The case of Bucha is just one example of how an important event in the war can be re-articulated to shift the blame away from russia and to question the veracity of the massacre," the study reads.

"This report is based on a small size sample and incorrectly represents the scale of our efforts to combat disinformation related to the war in Ukraine. We have the most reliable system for verifying false allegations, and our fact-finding partners have refuted numerous allegations of atrocities in Bucha in several languages, including Ukrainian, russian, and English," he statement says.

We remind that earlier, Facebook has been repeatedly criticized for spreading unverified information, namely about COVID-19 vaccination.

On April 2, Kyiv region was liberated from russian troops. After the retreat of the russian military, massive death toll among civillians in the liberated towns and villages has been recorded. This was first and foremost the case in Bucha, where at least 400 people died.

Ukraine and some Western officials demand that russia be held accountable for war crimes over the events in Kyiv region.

The kremlin "adamantly denies all allegations of killing civilians" despite the fact that the murders of civilians during the russian occupation have been confirmed by satellite images.