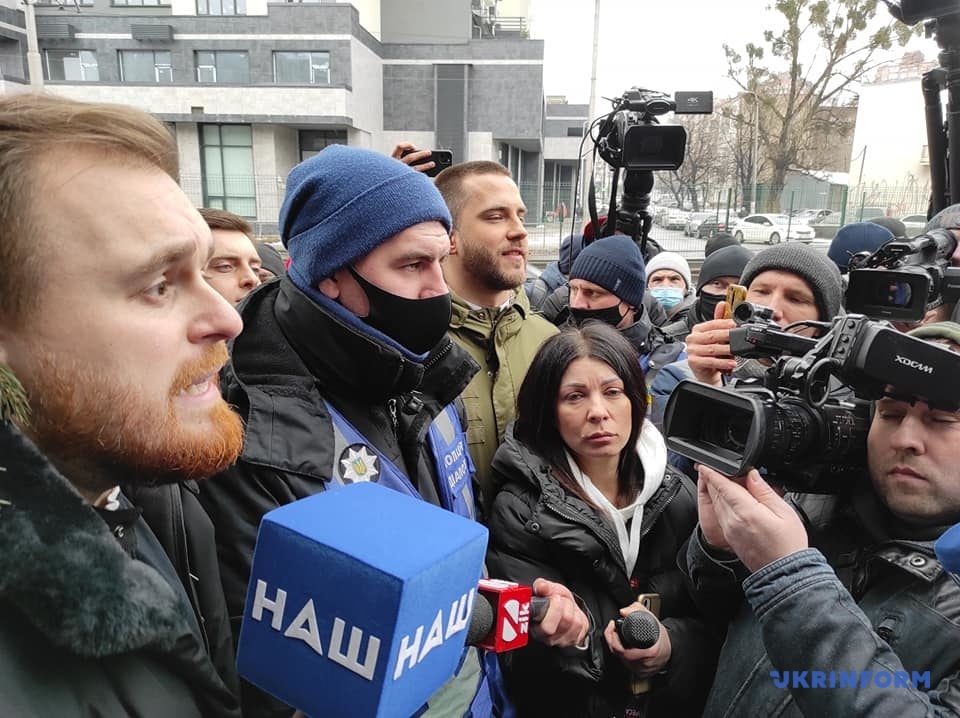 The police has opened two criminal proceedings over the events outside the “Nash” TV channel's office on February 4. This was reported on the website of the policed in Kyiv.

Police investigates the fact of resistance to law enforcement officer(Articl 342), as well as interference with legitimate professional activity of journalists (Article 171) of the Criminal Code of Ukraine.

Four persons were detained for violating public order, as police reported. When the police officers were questioning the detained persons, one of them opened a window and stood on the windowsill. He made several requirements, among other things, some regarding the blocking of the canal, the release of protesters and the resignment of one of the heads of the territorial police department.

As IMI reported, on February 4, clashes broke out in Kyiv between law enforcement officers and protesters who picketed the ”Nash” TV channel demanding it to be closed.

On February 4, in Kyiv, an unknown young man knocked out a microphone from the hands of Nash TV correspondent Oleh Nechay.