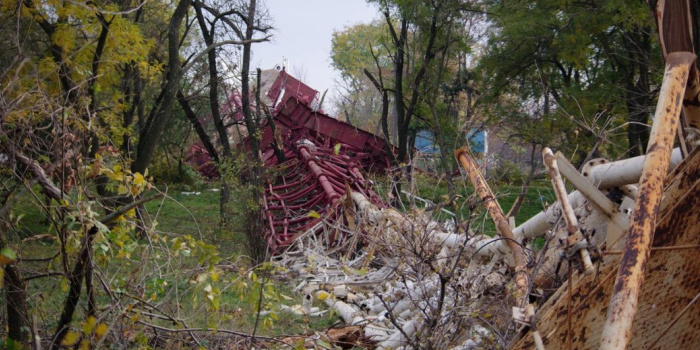 Kherson police has opened a criminal case following the TV tower sabotage committed by Russian troops. This was announced on the website of the National Police Main Directorate in Kherson oblast.

According to the police, the Russian military blew up the TV tower located on Perekopska Street as they retreated. The Russian military planted seven explosive charges at the base of the TV tower, five of which exploded. Specialists from the emergency service examined the place and removed about 50 kg of TNT and 90 m of detonating cable.

There is also proof of the Russian troops being present on the premises. It is shown by the seized documents which contain soldiers' call signs, their shift schedules, and by other physical evidence.

Accordingly, a criminal case have been opened under Part 1 of Article 438 of the Criminal Code of Ukraine ("Violation of the Laws and Customs of War").

As IMI reported, the Russian occupiers blew up a TV tower while retreatig from Kherson to the left bank of the Dnipro.