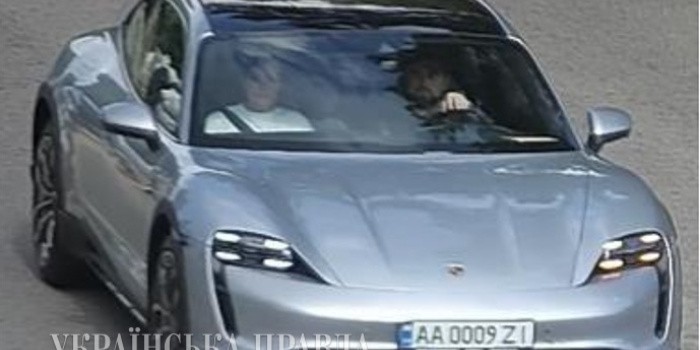 The police are searching for the informant who helped "Ukrainska Pravda" with their investigation about the deputy head of the President's Office, Kyrylo Tymoshenko, and his expensive car. For this, a case for "making unauthorized copies of data from the video surveillance system Safe City" has been opened.

According to him, the case was registered under Part 2 of Article 362 the day after his material "Deputy head of the PO Kyrylo Tymoshenko and his not-so-wartime lifestyle" was released, i.e. on December 2.

This information was confirmed by three sources in the law enforcement agencies. The editorial office has the case's number (No. 12022100000000920).

"We regard this as an attempt to hinder our professional activities. More than that – this looks like an attempt to create a precedent for intimidating sources who want to help journalists get publicly important information in the future," Tkach noted.

According to him, everyone understands the public importance of the material about the deputy head of the President's Office.

"If the criminal case aimed at finding our sources was initiated by individual officials of the President's Office, then this is the best possible proof that some PO officials realize the public importance of such information and such reports. And this is a case of authority being used in the interests of the authorities, that is, abuse of power," the journalist explained.

He also added that the journalists will not be stopped by such actions, but some sources clearly may.

"Our Ukrainian society is on the brink of being exterminated, and in times of such a bloody struggle for existence it will not turn a blind eye to the things such as those which were made public in our material. A system in which civil servants must serve the government exists in Russia. Now in Ukraine, everyone considers it their duty to serve the country. The difference between the former and the latter is also obvious. And for sources, too. Perhaps more than ever. To put it simply, the only way to prevent journalists from writing about your Porsche and your estate is not having a Porsche or an estate. All other methods are obstruction to journalistic work," Mykhailo Tkach said.

According to the UP's sources in the law enforcement agencies, as part of the investigation, the Main Office of the National Police instructed the Department of Strategic Investigations to interrogate two people as witnesses and to carry out other investigative actions.

We remind that on December 1, the UP published an investigation by Mykhailo Tkach, which said that the deputy head of the OP Kyrylo Tymoshenko had been driving around in a 2021 Porsche Taycan, worth about $100,000, for several months and was renting an expensive country estate.

On October 27, Bihus.info published an investigation into Kyrylo Tymoshenko, the deputy head of the President's Office, using a car that General Motors donated to Ukraine as humanitarian aid for evacuating people from the combat area as his official car. After the investigation, Kyrylo Tymoshenko said that he was giving the Chevrolet Tahoe, which had been given to Ukraine as humanitarian aid, away.