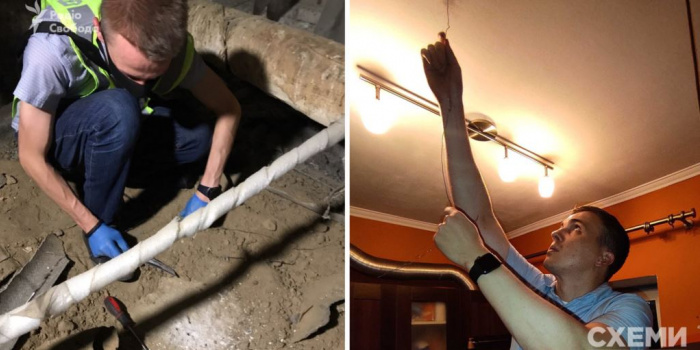 The National Police refused to provide Radio Svoboda with information about the pre-trial investigation into the case of allegedly eavesdropping of the investigative journalist of the "Skhemy: Korruptia v detalyakh” (Schemes: Corruption in Details) program Mykhailo Tkach, as Radio Liberty reported.

According to the edition, since four months, the police did not provide any information about the progress in the case, either at the request of journalists or at the request from the lawyers.

The journalist's lawyer Anatoliy Popov claimed the investigation into the possible eavesdropping of Mykhailo Tkachfailed to be efficacious. “Unfortunately, this is already a usage for the National Police. When they do not see the prospect of a speedy investigation, they simply abandon the case. They make some inquiries, examinations are long-lasting, and they close the investigation like this, ”he said.

"In fact, in our opinion, the investigation is not going on," Tkach's lawyer said.

In addition, Popov drew attention to the fact that the case was still not transferred to the Security Service of Ukraine (SBU): in August, he appealed to the prosecutor's office with the respective motion.

"We asked about the transmission (of the case. - Ed. ) due to the ineffective investigation by the National Police to the SBU, but the prosecutor's office did not even consider the request. This is motivated by the fact that the case is currently probed by an expert institution, and for these reasons the issue of transmission of it to the Security Service of Ukraine for more efficacious investigation was not even considered, as the issue of possible bugging by illegal equipment is raised, ”Anatoliy Popov said.

As IMI reported, October 5, chairman of the National Police Igor Klimenko in an interview with "RBK-Ukraine" said that there were new elements in the case, but as the investigation continued, he could not disclose them.

In the night-time of September 12, Mykhailo Tkach, a journalist with “Skhemy” (“Schemes: Corruption in Details” ) investigation program, said he heard a noise in the attic above his apartment at about 3 a.m., sealed as part of a criminal case into alleged wiretapping of his apartment. He wrote about this on a Facebook page, as Radio Liberty reported.

Police, who arrived on the scene, said that the seals at the door to the attic were broken, according to journalists of Skhemy.

“About 2 a.m. I returned from work. As I was in the kitchen by the window, I heard a noise in the attic above my head. He went out into the yard to see the exits from the four entrance lobbies leading to the attic, ” he wrote.

As Mykhaylo Tkach called the police, an operative-investigative group arrived at the scene and, during an inspection of the attic, the exits to which had been sealed as part of the criminal proceedings, found that seals had been broken in one of the entrances.

Police inspected the attic. After that, they again sealed the exit where the previous seals were broken with a packing tape.