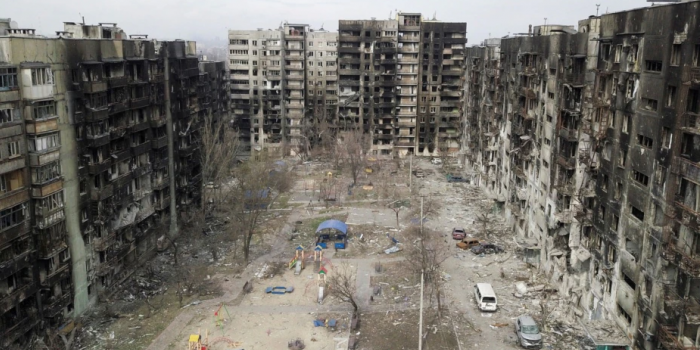 Mstyslav Chernov, a war correspondent for The Associated Press, spoke at the World Economic Forum in Davos about his experiences in Mariupol and about the fakes related to the war in Ukraine that are being spread by russian propaganda, Ukrinform reports.

"Yesterday, the russian news reported that they had found a mass grave (in Mariupol – Ed.)... They claim that they found this mass grave and that it was done by the Ukrainian army. But they did not say that we had already shown this mass grave a few months ago," the journalist said.

In this regard, he expressed his feeling that we are entering a new era of information lack. "It doesn't matter that we show you what content we have. Interpretation, the struggle is not for the image, but for the interpretation of the image," Chernov said.

The AR correspondent also spoke about the horrors of war he had seen in Mariupol, and noted that a few months ago such things were hard to believe, even though the specific dates of russia's attack had been mentioned.

"We went to Mariupol, saw the Ukrainian army preparing for something. We had a feeling it would start soon. I remember saying to my colleagues, you know, russia usually starts wars around 4 o'clock. So we have about an hour left before the start of World War III. We arrived in Mariupol at about 3:30. And then the explosions began. We could not believe that the whole of Ukraine was attacked, not just Donbas," Chernov said.

They also received an award "For Freedom of Speech" from the German media company Deutsche Welle.