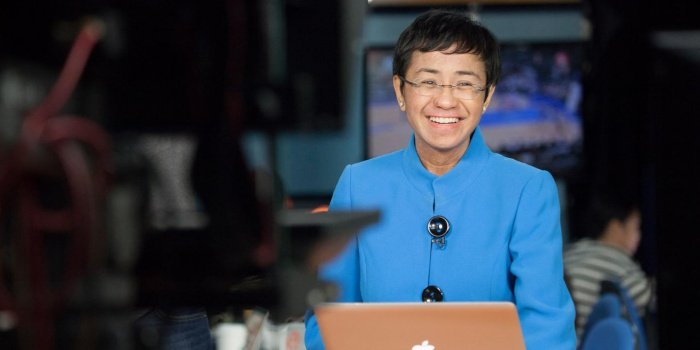 In the Philippines, the Securities and Exchange Commission upheld its earlier decision to shut down the online news outlet Rappler.

This was announced by the outlet's Head, 2021 Nobel Laureate Maria Ressa, during a speech at the international media conference of the East-West Center in Hawaii, Chytomo reports.

"The Securities and Exchange Commission reaffirmed its previous decision to revoke the registration certificates of Rappler Inc. and Rappler Holding Corporation. Our lawyers informed us about this decision, which effectively confirmed the shutdown of Rappler," the outlet's statement says.

According to the Commission, Rappler allegedly violated "constitutional and legal restrictions on foreign ownership of mass media."

According to Maria Ressa, the outlet will contest the decision in the court of appeal.

"The Department of Registration and Monitoring of Companies was instructed to cancel the certificates of incorporation of Rappler Inc. and Rappler Holdings Corp. in the Commission's records and system," says the part of the order referring to the Constitution and Presidential Decree №1018, which limit the Philippine citizens' right to own and manage mass media.

The National Union of Journalists of the Philippines criticized the decision.

In 2018, the Commission ordered the cancellation of Rappler's registration due to the investments received in 2015 from the company of American entrepreneur, eBay founder Pierre Omidyar – Omidyar Network. Under Philippine law, foreigners cannot own local media. Rappler is trying to prove in court that the investment did not give the foreign company control over the publication. Also, when questions about the deal arose in 2018, Omidyar transferred the purchased Rappler securities to the publication's team.

Rappler is known for criticizing the Philippine government.

Maria Angelita Ressa is a Filipino-American journalist, winner of the 2021 Nobel Peace Prize. She is known as the co-founder and executive director of the online publication Rappler. Prior to that, she had worked as CNN's leading investigative journalist in Southeast Asia for almost two decades.

In 2020, Maria Ressa was sentenced to 6 years in prison on charges of cyber-defamation against Philippine businessman Wilfredo Keng, but was released on bail. Because she is an outspoken critic of Philippine President Rodrigo Duterte, her persecution is seen by the international journalistic community as politically motivated.

In December 2021, the court allowed her to personally go to Oslo for the Nobel Prize ceremony.