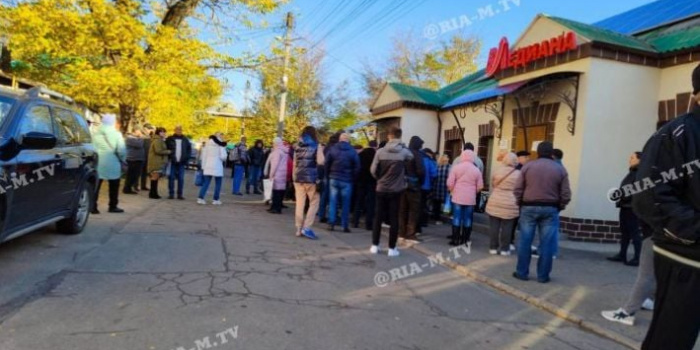 In occupied Melitopol (Zaporizhzhia oblast), people are queueing to connect to the "Mediana" provider.

As the media notes, "Mediana" is the most popular and stable Internet provider in Melitopol. Despite the fact that the Russian occupiers took over the enterprise in the first months of the war, high-quality equipment allows it to provide subscribers with a more or less normal signal.

"In the last days of the month, near the office of 'Mediana' (the ruscists did not change the name), queues of people willing to connect to and/or pay for the provider's services line up. Seeing as there are effectively no alternatives left in the city, the number of such people is growing from month to month. Nowadays, one can see hundreds of people who do not want to be cut off from the world in the city's downtown," writes ria-m.tv.

However, as the journalists note, the company announced that they plan to change the equipment in the coming days. So it is quite possible that the occupiers will take the expensive modern equipment out of the city and replace it with something Russian.

As IMI reported, the Russians are stealing telecom towers from the temporarily occupied territories of Kherson oblast and taking them away to the occupied areas of Donetsk oblast.