Owners of all television groups are the oligarchs, state must fight them - Zelensky 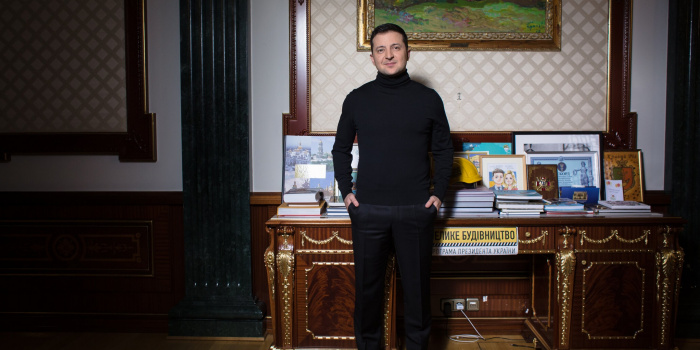 President Volodymyr Zelensky said that all TV groups in Ukraine were owned by oligarchs and that the state must fight financial groups that have become oligarchs and have political influence, lobbying and controlling information policy.

He said it interviewed by The New York Times daily, as “Detektor Media” reported with reference to the President's Office.

"I believe that the oligarchs in this civilized world have two options: the oligarchs become big business, and then they have no influence on politics or the media. Then, if they pay taxes and provide jobs, the state has an excellent working relationship with them. If financial groups have political influence, engage in constant lobbying, have media outlets in which they are not just minority shareholders, but control information policy, big businessmen turn into oligarchs. And then the state must fight them. This is our case., "he said.

At the same time, Zelensky reckoned that victory over the oligarchs was not enough to overcome corruption.

"I told you that they (oligarchs – n/tr) are represented in the Verkhovna Rada, and, unfortunately, I must state that the owners of all television groups today are such big businessmen, oligarchs, as we call them. When the state manages to prevent these things, then we will defeat the oligarchs., ”he said.

As IMI reported, in October 2020, in an interview with the European publication Politico Europe,  Volodymyr Zelensky said that the media of large financial institutions and politicians would do everything in a sort to disrupt any possibility to have a good dialogue aiming to end the war in Donbas.