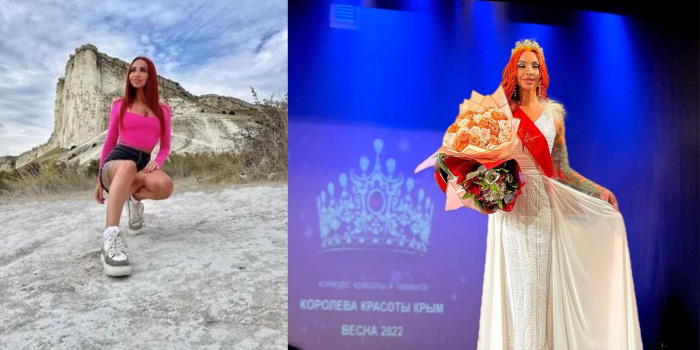 The occupatiers' court in Crimea fined "Mrs. Crimea 2022" Olha Valeyeva 40,000 rubles and arrested her friend for 10 days for singing "Chervona Kalyna" at home and posting the video on the Internet, writes "Inzhyr Media."

The so-called "court" sentenced Olha Valeyeva to a fine of 40,000 rubles, as she has underage children, and her friend was arrested for 10 days.

As of now, Olha Valeyeva has already taken down the video of the Ukrainian song performance from her Instagram page.

In addition, Russian security forces forced the girls to apologize on camera for performing a Ukrainian song.

As IMI reported, the prosecutor's office of the ARC and Sevastopol opened a criminal case against pro-Russian Crimean blogger Oleksandr Talipov for "inciting nation-based enmity and hatred" in his Telegram channel "TalipoV Online Z."