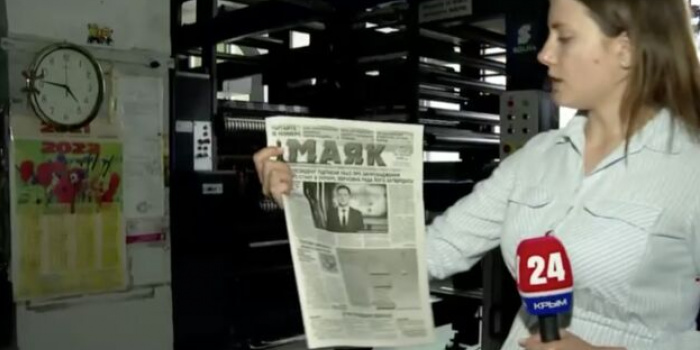 The russian occupiers have seized the production facilities of the Kherson City Printing House and plan to take them away from their rightful owners, Most reports, citing a story by the pro-kremlin "Crimea 24" channel.

"After russia's attack on Ukraine, the owners of the company went missing, and therefore, according to the russians and their Kherson aides, it can be stolen," the statement said.

Serhiy Moroz, a spokesman for the collaborators, said that if the owners did not return, the printing house would come under "state control" (russian – Ed.) and start "printing content that Kherson residents and the city need."

The publication "Most" notes that the printing house is privately owned. It belongs to Natalia and Mykhailo Novytsky. The latter is the publisher of the most popular newspaper in the region, Hryvnia, which has closed down with the start of the full-scale war.

According to "Most," the russians want to appoint pro-russian "journalist" Oleh Hrushko, who has started cooperating with the occupiers, as the printing house's manager.

As reported by IMI, the Kherson site "Naddnepryanka" (filled by Oleh Hrushko), which was known for its pro-russian rhetoric and began to spread the enemy's propaganda after the russian occupation of the city.