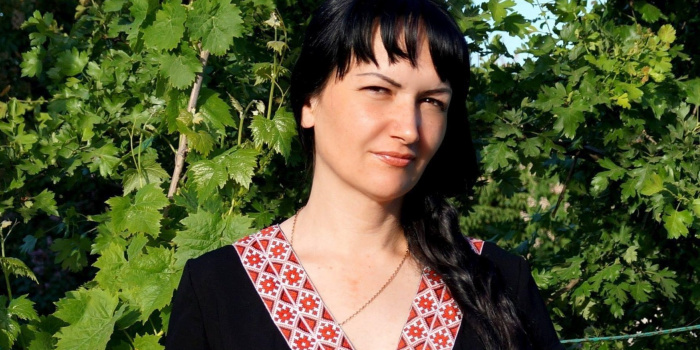 In the occupied Crimea, citizen journalist Iryna Danilovych is being charged with ​​alleged illegal manufacturing, transporting or storing explosives. She faces from six to eight years in prison and a fine of up to 100 thousand rubles (45 thousand UAH).

This was announced by CrimeaSOS analyst Yevhen Yaroshenko.

"russian occupiers have pressed charges against Crimean nurse and citizen journalist Iryna Danilovich: she is being accused of allegedl illegal manufacturing, transportation or storage of explosives – Article 222.1 p. 1 of the Criminal Code. According to these charges, Iryna faces from six to eight years in prison and a fine up to 100,000 rubles (UAH 45,000). Human rights activists are currently investigating whether the evidence was falsified. It is known that Iryna pleaded not guilty and refused to testify," commented CrimeaSOS analyst Yevhen Yaroshenko.

It also became known that on May 7, the so-called Kyiv District Court of Simferopol chose two months in custody as measure of restraint for Iryna. She has been assigned a public defender, even though she already had a lawyer.

According to CrimeaSOS, the case of Iryna Danilovych has all signs of enforced disappearance. She had been previously detained by the occupying law enforcement officers. Her relatives did not know where she was this whole time, as well as the place and time of possible court hearings against her. The detainee did not have access to her lawyer, who was not told where his client was.

As IMI reported, on May 11 it became known that Irina Danilovich was being held in the Simferopol pre-trial detention center.