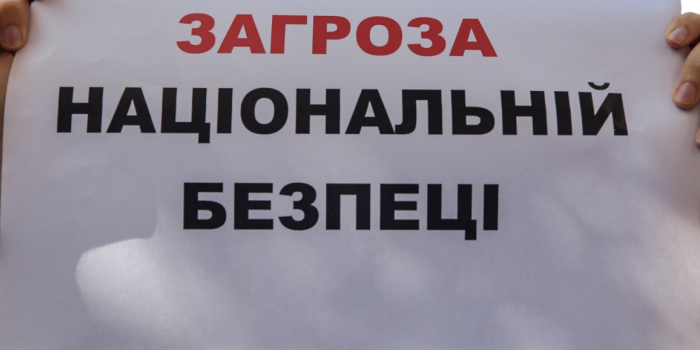 Serhiy Nikitenko, editor-in-chief of Kherson media outlet Most and IMI's regional representative in Kherson oblast, said that the russian occupying forces were developing Telegram channels to spread their content. They are also actively involving television and printed media for this.

He spoke about this to Radio Liberty's project Novyny Pryazovya.

"What was once Skifia channel has been captured and its name changed to Tavria. But there is no one to work there, several camerapeople were dragged in, several people were brought from Crimea, and they hired some schoolchildren trying to make television," said Nikitenko.

"It all looks very miserable. VTV Plus, which was a local private TV channel, are now collaborators. They're a little more professional, trying to play propagandists, but it isn't working out very well. Propaganda newspapers are being issued in every district, they have taken over the former district papers in Skadovsk, Beryslav, Kakhovka, and Nova Kakhovka, and are using the facilitites to print their own instead," said Most editor.

The journalist said that his media outlet was trying to find new ways of providing information for the people in the occupied part of Kherson oblast.

"They have blocked YouTube, a large number of websites, even our Most has been blocked by Roskomnadzor since July 15. This gave us a drop in traffic, that is, some Kherson residents who have not installed a VPN cannot see us now. So, we are looking for other platforms, trying to repackage the content in some way, we have even restored to making audio versions of some programs," said Nikitenko.

The main narrative promoted by the russian media on the occupied Kherson territory has not changed, he noted. The mass media are trying to convince the locals that russia is supposedly "here forever."

"They talk about helping local residents: humanitarian aid, pensions. A lot of people talk about Crimea, how well the life there has been for 8 years. About their army's made-up victories: hundreds of Bayraktars shot down, thousands of HIMARS destroyed, and so on. TV channels have started streaming russian propaganda," said the IMI representative.

The main purpose of such content is to make people stop looking for and perceiving objective information, the journalist believes.

"All this cacophony is designed not so much to convince people of their rightfulness, but rather to make their brains mushy. So that they stop perceiving information objectively, stop believing what the media say, namely the Ukrainian media. So that Kherson oblast quickly turns into a small russia, where people do not think critically, where most people do not read, do not watch the media, because they are convinced that it's all lies. They are very anxious about the Ukrainian media and Telegram channels. They are fighting them, trying to find the administrators," Nikitenko said.

As IMI reported, since June, the russian invaders have increased the pace and scale of propaganda activities in the occupied Kherson oblast. In the fifth month of the occupation, the russians and their proxies organized the issuing of a regional newspaper and several district ones. You can read about this in detail in Serhiy Nikitenko's article "How the russians are trying to 'sell' their narratives to the people of Kherson through Telegram."