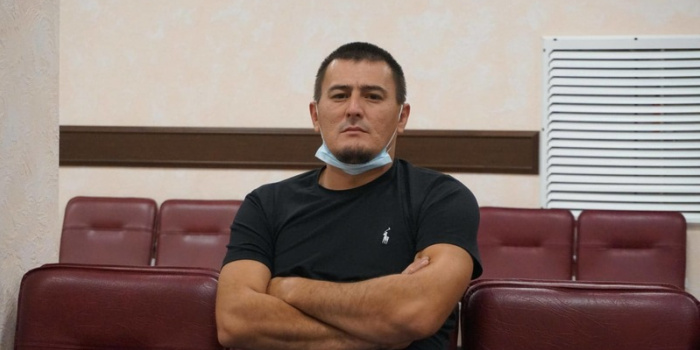 Citizen journalist Vilen Temeryanov, arrested in the Hizb ut-Tahrir case, is in a psychiatric hospital in Simferopol. There, the political prisoner is being subject to a forced forensic examination.

His lawyer Marlen Khalikov informed Crimean Solidarity about this.

According to the lawyer, Temeryanov has been in the hospital for over 20 days, according to the decision of a Russian-controlled court, and may soon go back to the detention center.

The "court" sent the journalist to the Clinical Psychiatric Hospital No. 1 to undergo a compulsory forensic psychiatric examination.

It will be recalled that on August 11, Russian FSB officers searched Temeryanov's house in Vilne village (Canköy district, Crimea), Temeryanov being a correspondent for "Crimean Solidarity" and "Grani.ru". The law enforcers detained him on charges of participation in Hizb ut-Tahrir. The Islamic political party is banned in Russia and operates freely in Ukraine and most European countries. The authorities also raided and arrested five other Crimean Tatar activists on that day.

The Islamic political party Hizb ut-Tahrir was declared a terrorist organization by the Supreme Court of the Russian Federation on February 14, 2003 at a closed court session. Human rights activists believe that this decision was unfounded, and transparency and equality of the parties were not observed, since only the prosecution (namely the FSB), took part in the closed process. At the same time, in Ukraine and most countries of the world, the organization operates without legal restrictions.

Since January 2015, Russia has been opening criminal "cases" against Hizb ut-Tahrir in occupied Crimea. According to human rights activists, the members of the organization are being persecuted not for planning a coup or engaging in terrorism, but for the party supporters' public actions against political repression in Crimea, consistent criticism of the Russian authorities, and mass disloyalty towards the Russian occupiers among Crimean Tatars.