"Novellas from the Azov Coast": granddaughter of deceased Mariupol journalist publishes her memoir 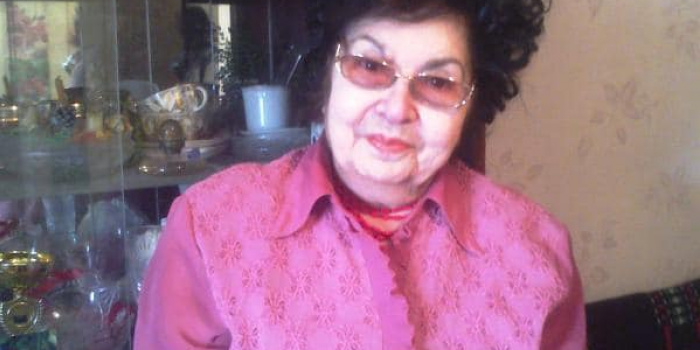 Anna Prokopenko, a journalist from Mariupol, is releasing a memoir of her grandmother, journalist Natalya Kharakoz, who died in Mariupol.

"The book is called 'Novellas from the Azov Coast'. It is a book of Grandma's manuscripts. This book is about the sea, about Mariupol – the things that hurt now, the things she loved so much, because she lived in Mariupol her entire life. These manuscripts were given to me by our relatives: she had managed to pass her flash drives where she stored all her material, all photos and records, over to them. All these stories, which are compiled in the book, are about all that was happening on the Azov coast, about what she saw, what she felt. In the abstract, I wrote that the book is a love confession to the sea. Right now, this book is important for those who want to remember Mariupol as it used to be – blooming, touristic, full of life," Anna Prokopenko said to an IMI representative.

The book is ready and is being prepared for printing; Anna Prokopenko has opened pre-orders.

"I am making a list of pre-orders. You can text me on Facebook and Instagram. I have opened a bank account where you can make contributions. I did not set any specific sum, a person can pay any amount, and I will put them on the pre-orders list and order a copy for them," the journalist added.

As IMI reported, Natalya Kharakoz died in the russian-blockaded Mariupol. She was a journalist, an author, a member of the National Union of Journalists of Ukraine and the National Writers' Union of Ukraine, and head of the "Azovye" literary club. She died on March 29 in a basement, her relatives had been searching for the journalist's body for a long time. In late June, her relative Anna Kotykhova announced that they had managed to find the place of Natalya Kharakoz's reburial.