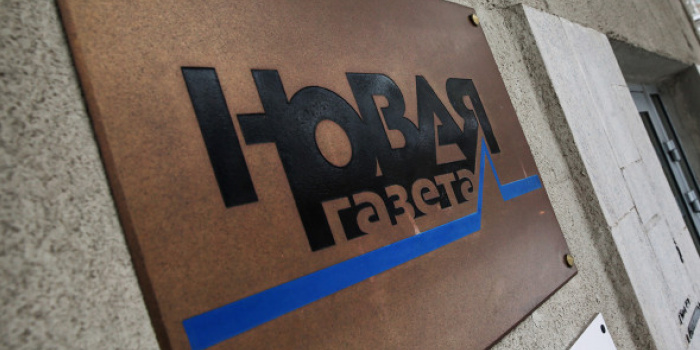 Russian regulator Roskomnadzor has blocked "Novaya Gazeta's" website on the territory of Russia. There have also been reports of the website of this newspaper's "Svobodnoye Prostranstvo" project being blocked as well. The restrictions also included two domains of the Sakhalin portal Sakh.com, Radio Liberty reports.

According to GlobalCheck, the websites novayagazeta.ru and novaya.media stopped opening in Russia yesterday, although just the day before, these web addresses were not on Roskomnadzor's register of blocked resources.

"Novaya Gazeta" representatives announced that they would keep up their work and would contest the block in court. Sakh.com also said they were working to restore the access.

Since Russia's full-scale invasion of Ukraine, "Novaya Gazeta's" editorial office has been divided into two teams. The journalists who left Russia founded "Novaya Gazeta. Europe", and those who stayed tried to continue publishing articles in "Novaya Gazeta". However, on September 5, the Basmanny Court of Moscow invalidated and revoked the printed "Novaya Gazeta's" media license. On September 15, the Supreme Court of Russia stripped the publication's website of license as well.

Since February 24, "Roskomnadzor" has blocked at least seven thousand websites in the Russian Federation.

As IMI reported, Roskomnadzor blocked the website of "Echo" – a new media project recently launched by former employees of "Echo of Moscow" – at the request of the Prosecutor General's Office of the Russian Federation.