No leakage of journalists' personal data revealed, as to JFO press center 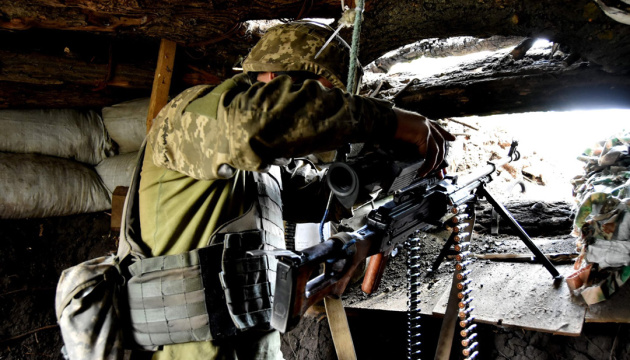 The Joint Forces Operations’s (JFO) press center said that internal probe revealed no leakage of personal data of foreign and Ukrainian journalists accredited to work in the JFO area, as to the JFO press center on Facebook.

“Within the framework of an internal audit of the probable leakage of personal data of foreign and Ukrainian journalists who have applied to the JF’s press center for accreditation for work in the area of ​​the operation of the Joint Forces, it is reported as follows: during the period which was mentioned in the report, no incident involving interference with the electronic workflow networks have been detected,” as the press center reported.

However, according to the report, it was decided to change the email address for accreditation of media representatives willing to work in the area of ​​the operation of the Jointed Forces.

"We inform that the email addresses used by the Joint Forces press center for communications are protected by the Privacy Agreements in the context of public email agreements. The processing of personal data is carried out in such a way as to prevent identification of citizens by third parties,” the message reads.

The Press Center emphasizes that personal data are processed no longer than is necessary to identify the person to be accredited in the area of ​​the Joint Forces Operation.

Also the press center of JFO reported that in order to prevent eventual incidents in the future, they suggested to the journalists to send their data in properly protected archives and allow an access to it in a safe mode.

“We remind you that the old accreditation address is invalid from now on. The new address is: [email protected] ”, - the JFO press center said.

As IMI reported, on September 23, the journalist for “Kyiv Post” daily Anna Mironyuk reported that she had received SMS messages from militia fighters from the occupied territories of Luhansk region containing the treats saying she faced from 10 years to life imprisonment for alleged “genocide and prohibited means / methods waging war. "