No interference with editorial policy - adviser to head PO 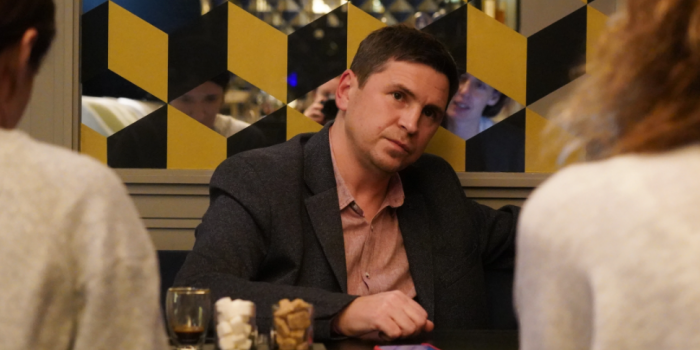 Mykhaylo Podolyak, an adviser to the head of the President's Office, said that Bankova had not and could not have interfered in the editorial activities of Dom TVchannel. He told this speaking to Detektor Media.

“Even purely theoretically – what for exactly to interfere with the internal editorial processes of Dom TV channel? What exactly can such information micromanagement make, even if you figure it out? This won't simply work in practice. And even there were no such efforts made, ” as Mykhaylo Podoliak said.

According to Podoliak, the only format of cooperation between government officials and representatives of the Dom TV channel was to ensure an "assistance as to involvement of speakers for the talk shows programs, attendance at official events, invitations to press briefings."

"This is absolutely sufficient for authorities. On the other hand, for media representatives who cover the activities of the government, it is always important under any government, to communicate with government officials - off and on record. This is an objectively necessary thing for the media to better understand the details of public policy. Such communication happens, and we are sure that hundreds of journalists can openly tell about it, who regularly ask for comments, explanations, specific details of the activities of state institutions, ” as Podoliak said.

The adviser to the head of the OP added that "the fundamental value of the President's Office is absolutely unconditional non-interference in any editorial policy of any media."

“Online communication? You are welcome. Off-records, explanations of standpoints, interviews - all this, this is no problem. And this is the only way to get an effective communication. But, in my opinion, all this has a very limited meaning, because it has already become an independent genre in the Ukrainian media - to do analytics based on the statements of former employees of different institutions of different levels and different origins. An anonymous source that has no reputational value easily outweighs an objective fact or professional comment. Of course, life is more interesting that way, and news headlines are more sensational, ” as Podoliak said.

It will be recalled Dom TV received some instructions from the President's Office on how they should censore its news, as former employees of Dom TV channel told Ukrayinska Pravda.

UP reported that the director of the TV series "Servant of the People" Oleksiy Kiryushchenko was unofficially supervisor of the TV channel.

"Formally, the channel, like all state-owned foreign broadcasting platforms, was and is administered by Yulia Ostrovska, who previously worked as a production director at the Kvartal-95 studio. For the first year, as a creative editor, Maksym Krechetov worked with her. Before starting Dom TV, he had just left the Information Policy Directorate in the OP, but he still remains member of the Council for Freedom of Speech under the President, ”the article reads.

The state TV channel Dom was established in March 2020 to broadcast on the temporarily occupied territories of Ukraine. In October 2021, Detector Media reported that Dom had spent UAH 30 million (about 1,126 million) on Ukraine-wide advertising that did not mention internally displaced persons or the occupied territories