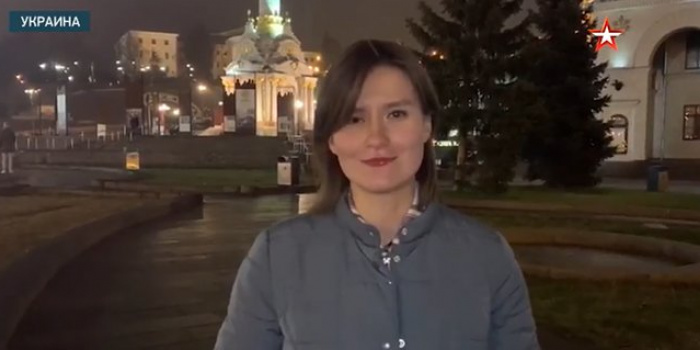 The civic activists and independent media have strongly condemned the president Volodymyr Zelensky's statement in Paris, in which he invited representatives of Russian propaganda mass media to visit Ukraine. They said it in a statement regarding the visit of the propaganda Russian “Zvezda” TV channel to Ukraine, as it was published on December 12 on the site of the Ukrainian Crisis Media Center.

Here is the full text of the open letter:

“We, representatives of NGOs and independent mass media, strongly condemn the recent statement by the President V. Zelensky in which he invited the representatives of the state-run propaganda Russian media to pay visit to Ukraine.

Reacting to this invitation, the representatives of “Zvezda” TV channel, known for spreading numerous fakes news and hate speech, arrived today in Kyiv. The “Zvezda” TV is an information unit of the Ministry of Defense of the aggressor country, so the arrival of its journalists is a threat to our country's information security.

Last few years, we have been working to defend Ukraine's sovereignty, focusing our efforts on countering Russia's hybrid aggression and strengthening our country's institutional capacity. The entry permit for journalists of Russian state media, funded and managed by the leadership of the Russian Federation, largely offsets our efforts and achievements of the Ukrainian society in the fight against the aggressor.

We insist that visit of Russian propagandists in Ukraine will inevitably lead to increased information aggression, which remains one of the main components of the Kremlin's hybrid war against Ukraine.

We expect that the high-level leaders of our country will have sufficient understanding and political will to stand up for Ukraine's interests in information security."

As IMI reported, on December 11, 2019, the TV crew with the TV channel of the Ministry of Defense of the Russian Federation “Zvezda” was permitted to entry the territory of Ukraine.

The press secretary of the State Border Guard Service of Ukraine Andriy Demchenko informed that the TV crew of the Russian TV channel "Zvezda" was authorized to enter in Ukraine, since there was no grounds to ban them the entry.

On December 10, President of Ukraine Volodymyr Zelensky during a briefing in Paris following the results of the Normandy summit invited Russian propagandists to the Donbass demarcation line to see firsthand what was happening there.