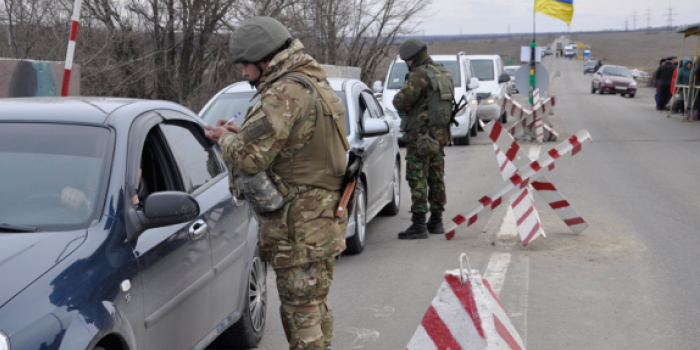 In case of any problem while crossing the checkpoints, the journalists are asked to contact the Joint Forces Operation HQ officials

In particular, the JFO HQ informed, as it follows:

#In any way, work of the mass media in the operation area has not been ceased.
#Employees of the regional mass media of the Donetsk region and Luhansk regions can cross the checkpoints, as well as move freely within these areas on the basis of their press cards (presenting the passports with household registration). In that case the special press cards issued by the JFO HQ are not required, with the exception of work in the areas where the JFO fulfil the combat missions. In these precise cases, the journalist must have the press card issued by the JFO HQ in the established standard form (with the last, first and patronymic names, card number and expiration date).

# For the journalists of other mass media (national and foreign ones) who have to cross the checkpoints the procedure means presenting the standard-form press card issued by JFO HQ, (with the last, first and patronymic names, card number and expiration date), as well as ID documents. For drivers of vehicles carrying journalists, the press card is not required. The drivers have to present their Ukraine passport.

#If the journalist doesn’t have press card, but in a motor vehicle he goes to the HQ of the Operation in Kramatorsk (Center for Civil-Military Cooperation) with an appropriate shooting (technical) equipment in order to get accreditation and the press card, the contact person in the press center will confirm that information.

"In all other cases, as well as in case of emergencies and problems with crossing the checkpoints, we ask journalists to promptly contact the representatives of the Operation Headquarters press-center," – the release reads.