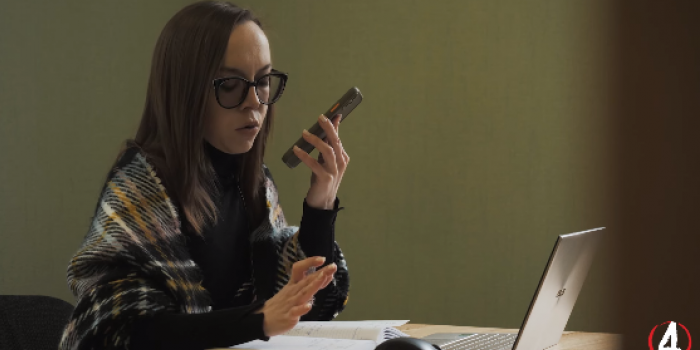 This is reported in "Chetverta Vlada's" article "The Spiritual Front: how a Rivne region community defends their church, occupied by the Orthodox christians of the moscow patriarchate."

The incident occurred while the journalist was preparing a story about the community's struggle for the right to go to a church controlled by the OCU and not the moscow patriarchate.

While working of the story, Alla Maksymchuk tried to get a comment from one of the ardent supporters of the moscow patriarchate, Volodymyr Burcheni. However, instead of an answer to her question, she heard a threat:

"I don't understand a thing, what does lustration have to do with this, I am a journalist."

"There will be a lustration, and we will find out what you are and where you are from, and all that."

The journalist said that she was trying to get a comment for the sake of a balanced story. However, in the story, no representative of the MP, including the priest, justifies their position. "I made the conclusion that this man could not even give arguments for his support of the moscow patriarchate, so he resorted to some kind of manipulations," Alla Maksymchuk said.

As IMI reported, in April, the day before Easter, the Secretary Archimandrite of the Chernivtsi-Bukovyna Eparchy (moscow patriarchate) Mykyta Storozhuk threatened to declare war on journalist, head of the BookInfo news portal Serhiy Zaraisky, according to BookInfo.

On April 10, Chernivtsi journalist Halyna Yeremitsa was threatened by a moscow patriarchate parishioner while filming on the territory of the Church of the Assumption of the Blessed Virgin Mary in the village of Mykhalcha, Chernivtsi region.