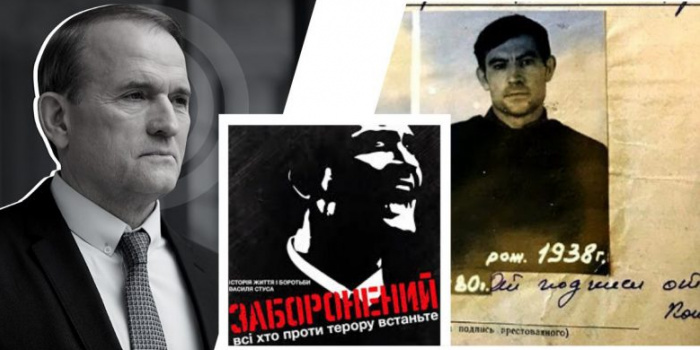 Viktor Medvedchuk, MP and leader of “Opposition Platform - For Life” sues the web-based edition “Bukvy” for a news speaking about a movie on Vasyl Stus, as the editor in chief of "Bukvy" Danylo Romanchuk said.

According to Romanchuk, the politician seized the court because of a news speaking about a scene cut from a movie about Vasily Stus, which features Medvedchuk, who was Stus's defence counsel in 1980.

Medvedchuk did not like the phrase: "During the trial, Medvedchuk violated his lawyer's ethics by pleading his defendant guilty, in his stead."

The plaintiff's representative in court argued that Medvedchuk conducted the case in accordance with the legislation in force and he suggested to reckon whether, back then, an ordinary legal counsel could stand against the "system".

The court hearing in the case will be held in Podilskyi court on February 13 at 4:00 pm.

To remind, the movie "Forbidden" was released in Ukraine on September 5, 2019. It tells about the last years of Vasyl Stus's life, his struggle with the system, as well as his attempts to publish his latest collection of poems, which he tried to hand over out of prison.

In August 2018, the movie created contreversy: a scene of the trial of the poet dissident was cut. The hearing was held behind closed doors, they drove Vasyl Stus from the courtroom contrary to the procedure, he was deprived of his last plea. Then Victor Medvedchuk said he agreed with the prosecutor as to anti-Soviet crimes committed by Vasyl Stus. But the poet did not admit his guilt.

The judges sentenced Vasyl Stus to 10 years of forced labor and five years of exile. Vasyl Stus died before he could serve his sentence on September 4, 1985, at the Perm-36 camp near the village of Kuchino, Perm Region, Russia, after he went on hunger strike on 27 August.

According to the producer of the film Artem Denisov, the scenes with Medvedchuk were cut, as they needed to shorten the timing, which together with some other episodes they cut, was 180 minutes (the definitive timing was 100 minutes).

As IMI reported previously, Viktor Medvedchuk filed a lawsuit against the journalist and historian Vakhtang Kipiani to the Darnytsia district court of Kyiv demanding to ban his book "The Case of Vasyl Stus".

"The Case of Vasyl Stus" was published in 2019. The book contains documents from the archive of the former KGB of the USSR about the poet's resonant work. The book contains archive documents on Stus's criminal high profile case, eyewitness accounts, letters from jail, and memoirs of his family and friends.

Medvedchuk was Stus's defense counsel, as he was arrested for the second time in 1980.

On October 2, 2019, the Darnytskyi District Court of Kyiv opened a case on Medvedchuk's claim. 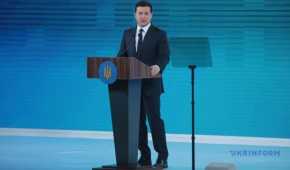 Cybersecurity University to open it doors

24 violations of press freedom recorded in April - IMI
Blogs
Sanctions against Medvedchuk’s TV channels. The first estimates
Want to learn first about the new research of the Institute of Mass Media? Subscribe to the newsletter!