MCIP decides to intervene in the reorganization of Dovzhenko Centre, wants preservation of heritage 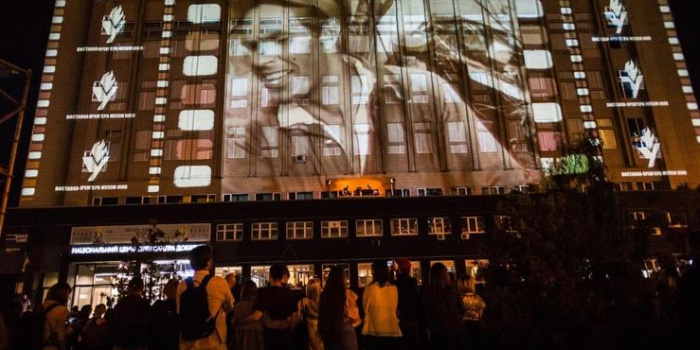 The Ministry of Culture and Information Policy stated that it "has not been informed" about Derzhkino's decision regarding the reorganization of the state enterprise "National Oleksandr Dovzhenko Centre." This is stated on the Ministry's website.

MCIP reminded that Derzhkino has not been subordinate to the Ministry since November 10, 2021.

"In its statement, Derzhkino justified the need to reorganize the Dovzhenko Centre by the unprofitability and inefficiency of the institution, which is operating at the expense of state subsidies. However, the issue of reorganization in this case also involves determining the fate of the Dovzhenko Centre film collection," the message reads.

The Ministry reminded that the films by Ukrainian film studios, which were created with financing from budget funds, are state property and cultural heritage.

"Accordingly, Derzhkino, as a state body, had to obtain MCIP's approval of the decision on the collection transfer. As of today, no corresponding request has been received by the MCIP. Since the collection, which has been forming since 1994, has value as a cohesive unit, and also due to the mentioned lack of approval, the MCIP has initiated the discussion of the decision on the reorganization of the SE 'National Oleksandr Dovzhenko Centre' with the Cabinet of Ministers of Ukraine and the Ukrainian State Film Agency," the Ministry said.

As IMI reported, on August 17, State enterprise "National Oleksandr Dovzhenko Centre" announced that the Ukrainian State Film Agency (Derzhkino) had issued an order on the Centre's reorganization, "which de facto means liquidation of the national film archive, which has consistently been engaged in the preservation, research, and popularization of Ukrainian cinema since 1994."

As the Centre explained, according to Derzhkino's order, all films from the collection and all Dovzhenko Centre's property must be transferred to the State Institution "Academic Cinematography Centre of Ukraine", whose main activity, according to NSRUEO, is "higher education." The State Etnterprise "Ukrainian Animation Studio" should be separated from the structure of Dovzhenko Centre; copyrights for Ukrainian animation, currently owned by the Centre, will be passed on to it. The Centre's employees must be notified of possible dismissal.

"In this way, Derzhkino entrusts the responsibility for Ukraine's unique cinematic heritage to a de facto 'dormant' institution that has not done any work since being founded during Yanukovych's presidency in 2011, does not have a staff, any relevant competencies, a website, etc.," the statement reads.

In turn, Derzhkino assures that the order does not provide for the liquidation of the Dovzhenko Centre, but only for its reorganization with the formation of a separate legal entity – the State Enterprise "Ukrainian Animation Studio."

A petition with the demand to cancel the reorganization of the state enterprise "National Oleksandr Dovzhenko Centre" has been registered on the website of the Cabinet of Ministers.