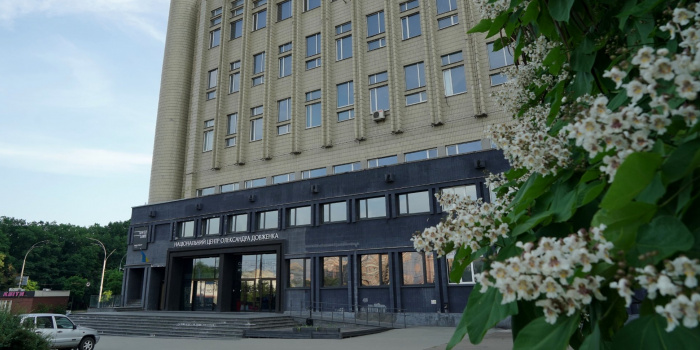 State enterprise "National Oleksandr Dovzhenko Centre" announced that the Ukrainian State Film Agency (Derzhkino) had issued an order on the Centre's reorganization, "which de facto means liquidation of the national film archive, which has consistently been engaged in the preservation, research, and popularization of Ukrainian cinema since 1994."

As the Centre explains, according to Derzhkino's order, all films from the collection and all Dovzhenko Centre's property must be transferred to the State Institution "Academic Cinematography Centre of Ukraine", whose main activity, according to NSRUEO, is "higher education." The State Etnterprise "Ukrainian Animation Studio" should be separated from the structure of Dovzhenko Centre; copyrights for Ukrainian animation, currently owned by the Centre, will be passed on to it. The Centre's employees must be notified of possible dismissal.

"In this way, Derzhkino entrusts the responsibility for Ukraine's unique cinematic heritage to a de facto 'dormant' institution that has not done any work since being founded during Yanukovych's presidency in 2011, does not have a staff, any relevant competencies, a website, etc.," the statement reads.

In turn, Derzhkino assures that the order does not provide for the liquidation of the Dovzhenko Centre, but only for its reorganization with the formation of a separate legal entity – the State Enterprise "Ukrainian Animation Studio." At the same time, the Centre is being accused of "irrational use of state funds" for renting a building.

Derzhkino also assures that the employees of the Centre will not be fired.

"During the reorganization of the Oleksandr Dovzhenko Center, three independent (separate) legal entities will be formed and all employees will be able to get a job in one of these organizations according to their specialty," the state agency said.

As IMI reported, in November 2021, the Cabinet of Ministers held a closed meeting and voted to separate Derzhkino from the Ministry of Culture and Information Policy of Ukraine. After that, the Minister of Culture announced that he would resign, but remained in office.

In January 2022, the Cabinet of Ministers passed the Dovzhenko Centre to the jurisdiction of the Ukrainian State Film Agency.