Mariupol journalist subpoened to police for violation of lockdown rules 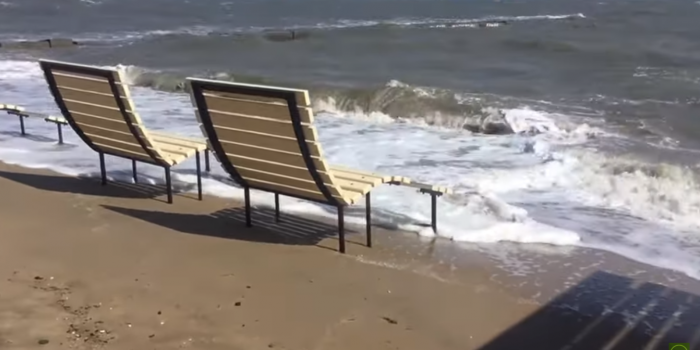 Photo credit: screenshot from the video of 0629.ua

The correspondent for Mariupol portal 0629.ua Olena Sokolova was summoned to police for having violated the lockdown rules, as 0629.ua reported.

She had to explain what she was doing on the coast of Azov sea in the afternoon of April 17.

According to Yevhen Zalozny, official of the Primorsky District Police Department, a Mariupol resident contacted the police with a complaint against the author of the video, which was posted on the 0629’s Facebook page.

"The quarantine has been announced. Walking in recreation area is forbidden, and the author of this video walked along the coast and shote video, ” the person said.

As the journalist explained to the policeman, she was on the coast on an editorial assignment.

"There was a strong storm that day. The waves rolled ashore and washed away "The Sunny Beach". So it was decided to take pictures of this beauty. I called a taxi, arrived at Primorsky Boulevard and spent about 10 minutes on the beach," Sokolova explained to police.

The police warned the journalist that walking on the beach was forbidden.

In a comment to the representative of IMI in Donetsk region, the journalist said that she was filming on the beach how the sea washed away the resort buildings. When asked why the journalist went to the police to give explanations amid the lockdown, instead of doing it online, Olena said that the police demanded she did it.

The edition published a video, which had been object of complaint to the police.