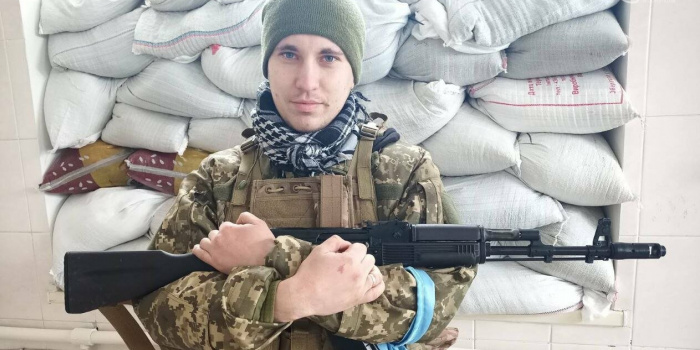 Mariupol journalist Oleksandr Hudilin, who was defending Ukraine in the ranks of the territorial defense forces, was taken prisoner by russians. Mariupol city website 0629 reported this on June 5.

Oleksandr was taken prisoner in early April. He was able to contact his family and pass this information on.

According to the publication, Oleksandr Hudilin joined a Mariupol territorial defence unit before the war.

"He did not question what to do if russia launches a full-scale offensive against Ukraine. Therefore, on February 24, he was summoned to the military registration and enlistment office and went to defend Mariupol," the newspaper writes.

Oleksandr served in the 107th Battalion of the 109th Territorial Defense Brigade. He was guarding a military hospital.

After the russian army bombed the hospital in March, the surviving wounded, doctors, and and territorial defense fighters were transported to the territory of the Illich MMP.

"In early April, the commander of the Marines unit which controlled the according sector of Mariupol, ceased resisting the russians. The territorial defense fighters were taken prisoner along with the marines. That is how Sashko ended up in prison," the newspaper writes.

According to the latest information, he was taken to a prison in Olenivka (Donetsk region) together with other territorial defense fighters.

The publication calls on russia to release the journalist immediately.