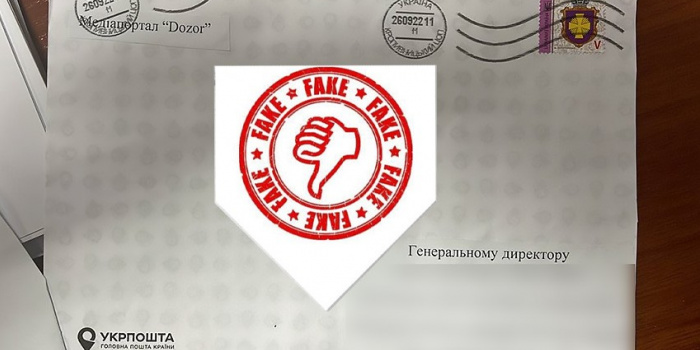 Unknown people posing as Kropyvnytsky media outlet DOZOR sent a letter to one of the local medical institutions. In a letter signed with the name of a journalist of the media outlet, notified the receivers that one of the hospital's employees is allegedly a suspect in a criminal offense.

According to Yana Daryeva, the website's editor, this can be seen as an attempt to discredit DOZOR's journalistic team.

Commenting on the situation to an IMI representative, the editor noted that she found out about the situation quite accidentally.

"I was just calling the head doctor to discuss some work issues and to congratulate him on the International Doctor's Day, and I heard that he was grateful to me and that he had received my letter. The doctor asked if this letter was really from me, since I usually call him directly. He sent me a photo of the envelope, which did not have the sender's address or any source details. The name of the media outlet was written incorrectly, the request was articulated incorrectly. The head doctor's reaction to the situation was normal and adequate, but I have a suspicion that such letters may be sent en masse to various structures in order to frame our media outlet as unprofessional," Yana Daryeva said. 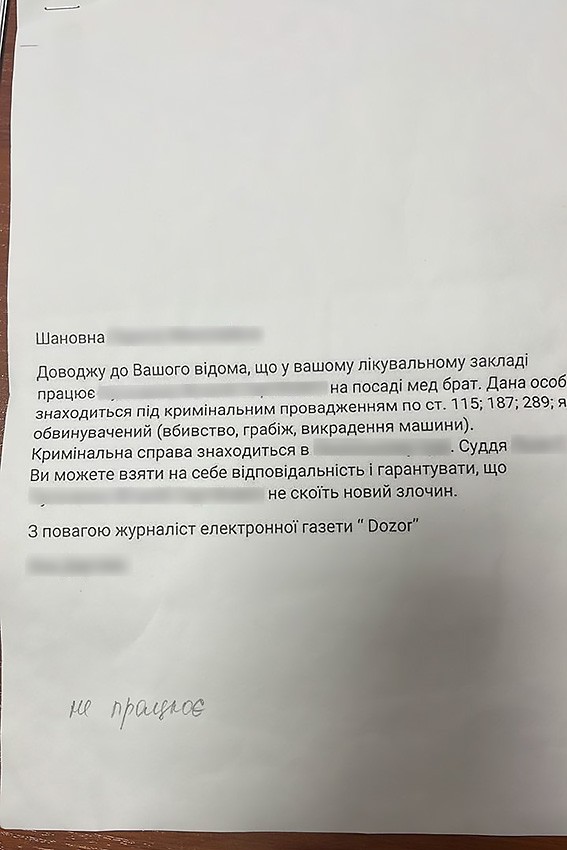 The journalist noted that this is not the first attempt to discredit their media outlet over the past year. However, she has no suspicions or facts that would indicate the involvement of any specific persons.

As a result, the media outlet turned to all heads of institutions, agencies, offices, departments of state and local self-government bodies of Kirovohrad oblast and Kropyvnytsky city, with a request to inform them they receive a letter sent through Ukrposhta on behalf of DOZOR journalists, by calling 050 258 08 79 or texting the publication's official Facebook page.