Kherson journalist Kostyantyn Ryzhenko says somebody attempted to shoot him 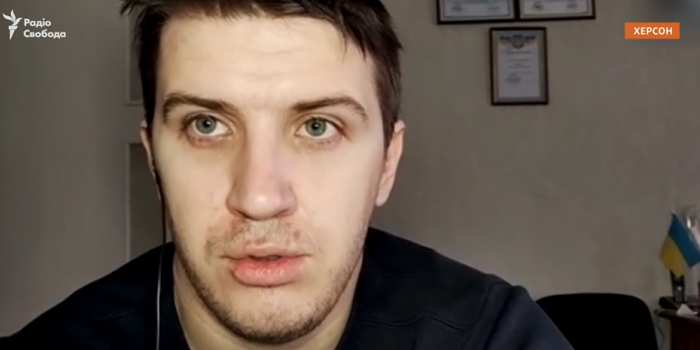 Kherson journalist Kostyantyn Ryzhenko said that an unknown person tried to shoot him with a gun on the evening of December 20. He wrote about this on his Telegram channel, posting a photo of plates similar to those of a bulletproof vest.

According to Ryzhenko, he was taking the subway to get to a training ground, wearing a bulletproof vest under his clothes.

"I put the bulletproof vest on so that I wouldn't have to carry it in my hands. On my way back, I decided to go to the pharmacy, because I still have a little cold. In the darkest corner of the street, at the crossroads next to the pharmacy, a man quickly approached me and fired two shots into my chest. After that, I fell, and the man quickly ran away towards Ovrutska Street," he wrote.

According to Ryzhenko, the doctors diagnosed him with bruised ribs and soft tissues.

Ryzhenko wrote that he informed the Security Service of Ukraine about the attack.

He added a copy of his statement to the SBU to his post, but later deleted it. According to IMI's sources in law enforcement bodies, the Security Service of Ukraine passed this information to the National Police. IMI has no information as to whether the National Police have found signs of a crime and whether a case has been opened. 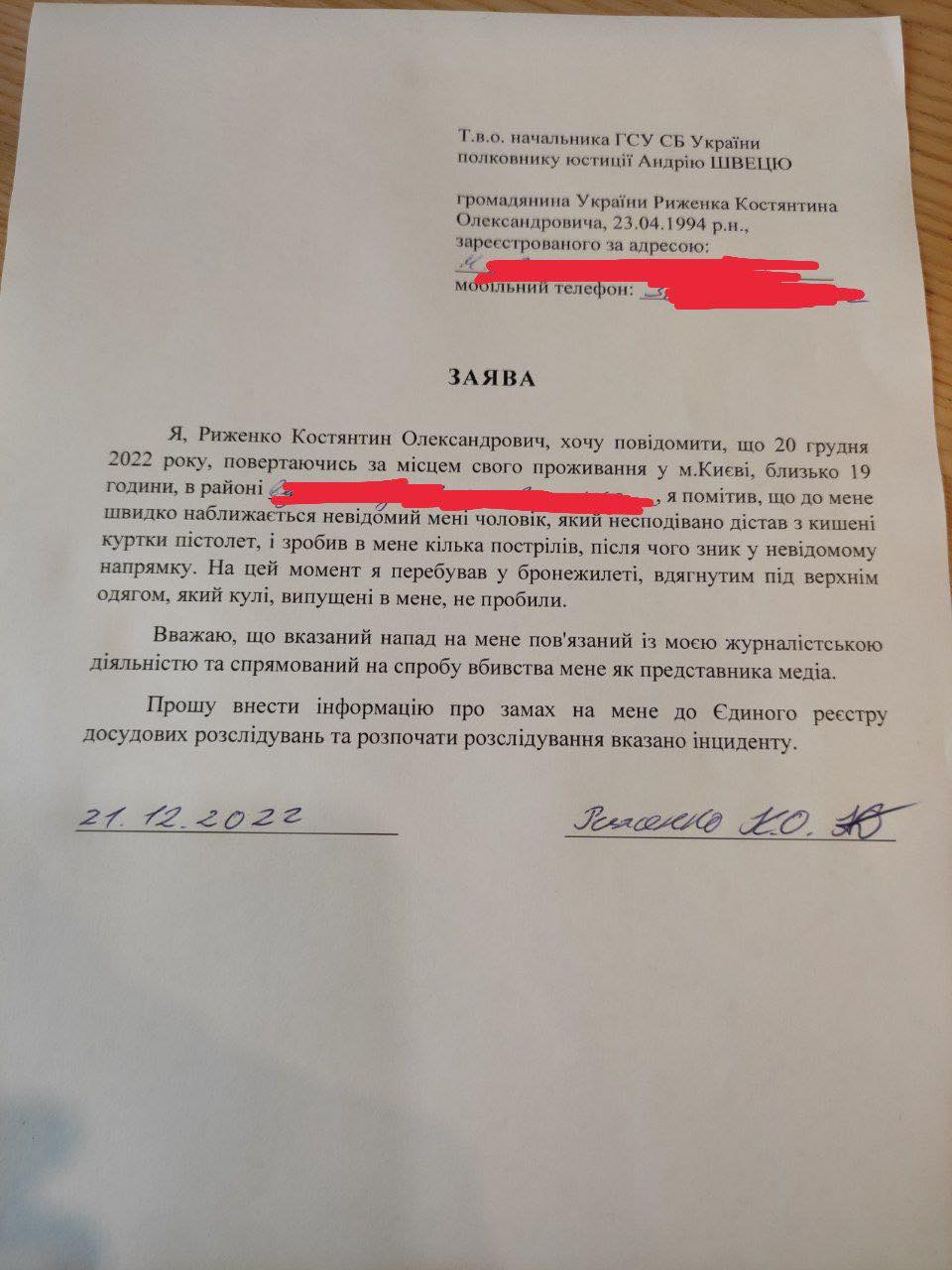 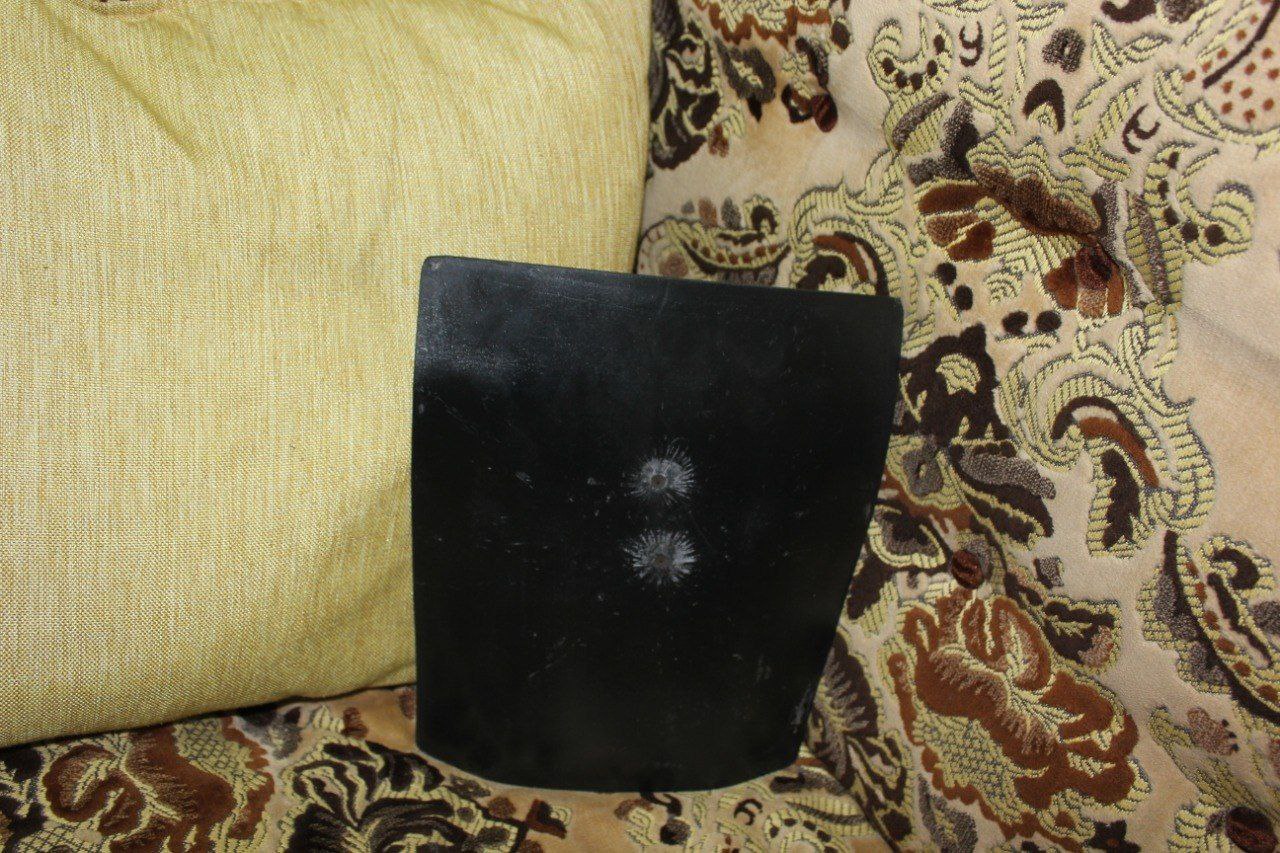 We remind that on March 31, there were reports of journalist Kostyantyn Ryzhenko going missing in Kherson. His disappearance was first reported at 8 a.m. by an anonymous Telegram channel associated with Kherson law enforcers. Later, the Telegram channel of the fake "Kherson Oblast Rescue Committee", which is run by local collaborators, said that Ryzhenko had been detained.

In the evening of the same day, a post appeared on Ryzhenko's Telegram channel, wherein the journalist wrote that the post had been scheduled to be posted in case something happened to him.

On April 1, the Telegram channel of the fake "Kherson Oblast Rescue Committee" reported that the Russians had released Ryzhenko. At the same time, neither Ryzhenko himself nor his friends said anything about it.

On April 3, local media reported that Ryzhenko reported through his acquaintances that he was safe and had not been detained.

On April 4, Kostyantyn Ryzhenko said that he had not been abducted by the Russians.