Kherson is back under Ukraine's control, the UAF enter the city – DI 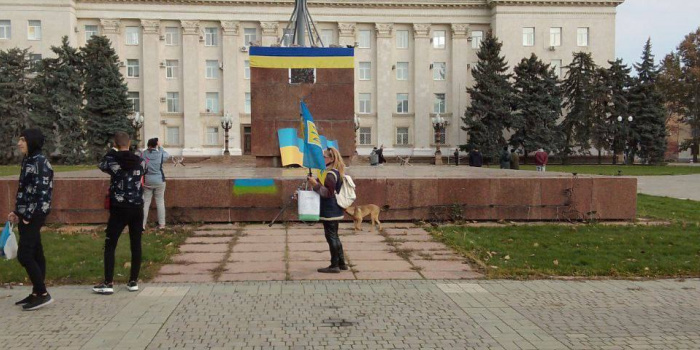 Kherson, which had been occupied by Russian troops, is back under Ukraine's control. This was reported by the Defense Intelligence department of the Ministry of Defense of Ukraine in their address to the Russian military personnel remaining in the city.

"Kherson is back under Ukraine's control, the UAF units are entering the city. The Russian occupiers' retreat routes are within the Ukrainian army's fire range. Any attempts to oppose the Ukrainian Armed Forces will be stopped. Every Russian serviceman who resists will be destroyed," the DI notes.

The Defense Intelligence calls on Russian servicemen to surrender and save their lives instead.

"Ukraine guarantees life and safety to those who surrender voluntarily. We adhere to the Geneva Conventions, we guarantee the POWs will receive food, medical care, and the possibility to be swapped for the UAF servicemen who are currently in Russian captivity," the DI emphasized.

We remind that on November 11, the Ukrainian flag has been raised over the Kherson Oblast State Administration.