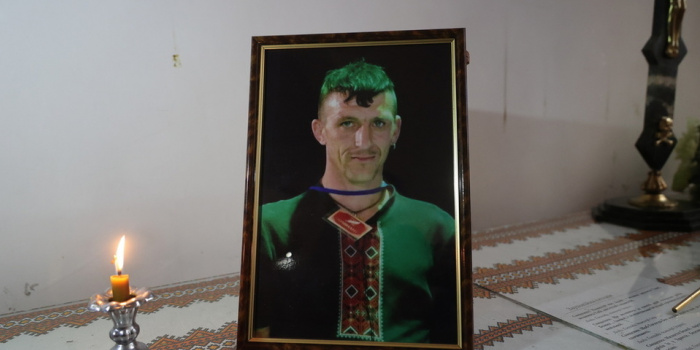 The farewell ceremony was held in the St. Dmytro Church of the UGCC. In addition to his parents, son, and relatives, the ceremony was attended by the author's friends, literary colleagues, PEN Ukraine representatives. The writer's family was grieving for their loss, Volodymyr's mother could not believe that her son was gone, the Ukrinform correspondent notes.

Director of the Kharkiv Literary Museum, Tetyana Pylypchuk, notes that all Vakulenko's friends remember him as a very principled person, always vocal about his pro-Ukrainian position.

"I won't way Volodya's story is unique, because we know what invaders are doing in the occupied territories, but it is so revealing – because he is a children's author, because he has a Ukrainian position, because he openly spoke out about his beliefs and principles, because he is a father raising his son on his own. The neighbors knew it, everyone knew it... After all, they didn't just come and take Volodya away for no reason. This is all so telling – who came to us and what they want," Pylypchuk said in a comment to the agency.

Vakulenko was buried in Kharkiv at the city cemetery No. 2.

His 14-year-old son Vitaly, who has an autistic disorder, is now in his grandparents' care. The family has to restore all the child's documents, because the invaders took everything.

Writer, public figure, volunteer Volodymyr Vakulenko was born on July 1, 1972 in Kapitolivka village, Izyum district, Kharkiv oblast. He is the author of 13 books, editor and co-editor of several printed projects, organizer and participant of numerous literary events and festivals. Laureate of the Oles Ulyanenko international literary prize, laureate of the Les Martovych All-Ukrainian contest, laureate of the international contest "Coronation of the Word", awarded with the "Silver Trident" honor for the 20th anniversary of the Independence of Ukraine for his literary achievements.

According to the police, the Russians killed Vakulenko with a Makarov pistol; two bullets were found in his body.