Judges heard witnesses in case of assault on Yevhen Polozhiy 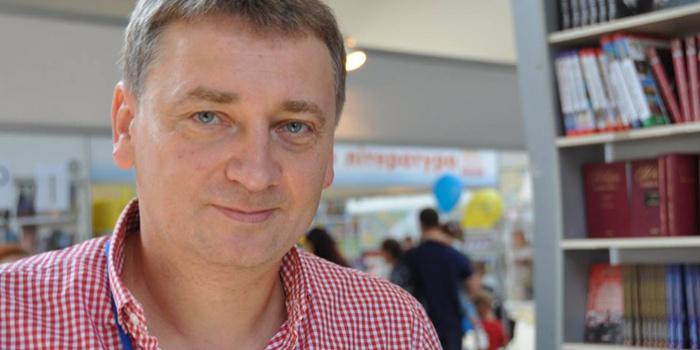 The Kovpakivsky District Court in Sumy heard four witnesses in the case of beating of the journalist Yevgen Polozhiy on October 8, as UA: Sumy reported.

In particular, the court heard the victim's wife and neighbours. The defendant in the case Yury Melnyk with his lawyer and the victim Yevhen Polozhiy also attended the hearing.

The victim's wife, Anna Polozhiy, said she heard her husband yelling and called for neighbors for help. “I heard an unnatural sound for our home, our locality. I could not immediately realize its nature. I went out to the balcony to get it more clearly. At one point, I realized that was my husband who was yelling and something was going on. And I started to call him, to scream, to сry foul, I had my phone in my hand, I started calling the neighbors, because they could get out with her husband too,” she said.

The neighbor of the victim, Nadezhda Paramey, said that when she came to the rescue, Evhen Polozhiy was sitting near the apartment with a smashed face and a broken arm.

Another neighbor of the victim, Olga Zaloga, said that a few days before the attack she saw "one young girl, it seemed, she and a guy, they were standing and were constantly looking at our yard." However, she could not say whether that was that person who is now accused of beating journalist Yuri Melnyk.

The neighbor of the victim Mykola Banya also confirmed to the court that he saw a young girl who was looking at his yard.

“I saw the girl standing. And she stood for a long time and looked at us in the yard all the time. I took the bin: I thought, I would pass by, and as I was approaching her, and she returned - there is a passage at our bus station - and she left, ” the witness said.

The next court hearing will be held on November 14, with other witnesses are supposed to be heard.

The prosecutor's office pressed accusation to Yury Melnyk of intentionally beating of the journalist and hooliganism committed by a group of individuals. As Evhen Polozhiy told, there were two persons who attacked him.

As IMI reported, on August 1, 2019, the Kovpakivsky District Court of Sumy resumed hearing the case of the beating of Panorama editor-in-chief of Yevgeny Polozhii and questioned the accused of beating.

On May 8, 2018, the Kovpakivskiy District Court of Sumy acquitted M. citizen on charges of hooliganism with personal injury to the editor-in-chief of the Panorama newspaper Yevhen Polozhii.

On April 19, 2019, the Sumy Court of Appeal cancelled the decision of the Kovpakivsky District Court of Sumy that acquitted the citizen M.. The case is referred for further examination.

On April 15, 2014, in the evening of Sumy, two strangers in the balaclava brutally beat the editor-in-chief of the Panorama newspaper Yevhen Polozhy in the garage. As a result, he suffered a severe concussion, numerous traumas and open dislocation of the arm.

The police qualified the case as hooliganism. However, after the incident had provoked much of  вуифеу in the community, the case was re-qualified as "intentionally causing moderate bodily harm."

The police noted that the attack on Polozhii could be related to his professional activity.

Yevgeny Poloziy told IMI that he related the attack to his journalistic activities.

On May 22, 2015, a resident of Sumy was informed of suspicion of hooliganism and causing intentional injury to Yevgen Polozhy. The suspect was charged with committing unlawful acts under Part 1 of Art. 122, Part 2 of Art. 296 of the Criminal Code of Ukraine.