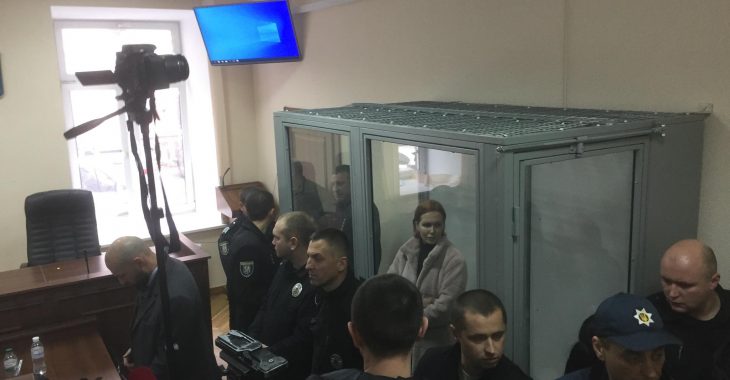 The Pechersk court of Kyiv has extended the custody for Yulia Kuzmenko, pediatric cardiac surgeon, who is suspected of murder of the journalist Pavel Sheremet until 3 of April. The judge issued such decision on February 4, as Interfax-Ukraine reported.

The prosecutor in the case, Serhiy Zuzak, asked the court to extend custody for two months for Yulia Kuzmenko.

For its part, Kuzmenko's defense lawyers claimed they would lodge an appeal.

As IMI reported, on December 24, 2019, the Court of Appeal of Kyiv upheld a preventive measure in the form of detention for Yulia Kuzmenko.

On December 13, the Pechersk District Court of Kyiv suspended considering the case on pre-trial measure for the second suspect in the Sheremet murder case, volunteer and pediatric surgeon at Okhmatdit hospital Yulia Kuzmenko.

Previously, on Decemmber, The Kyiv Court of Appeal has upheld the preventive measure in the form of detention for children's cardiac surgeon Yulia Kuzmenko.

On July 23, 2019, the head of the National Police, Serhiy Knyazev, reported to the President Volodymyr Zelensky some classified information about the progress of the investigation into the murder of journalist Pavel Sheremet.

On July 23, 2019, the President Volodymyr Zelensky told that those responsible for the murder of Pavel Sheremet would be found.