Journalists not invited to Zelensky’s press marathon to picket 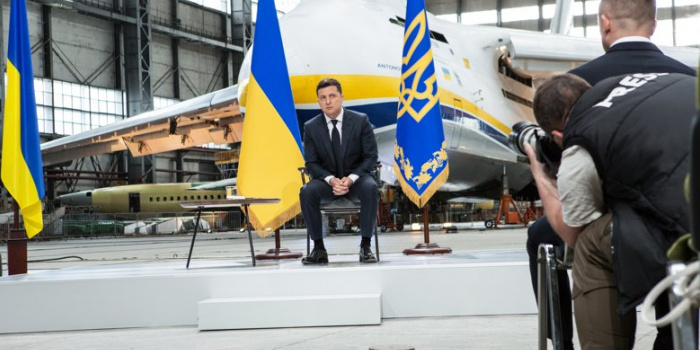 A press marathon of the President Volodymyr Zelensky, dedicated to the half of his presidential term, held today, at 12:00, as this was reported by the Office of the President.

No accreditation for the event was announced.

The OP said that only 30 journalists were invited to the press marathon "due to the bad epidemic situation in Ukraine and taking into account the experience of the previous press marathons."

The event is to last three hours and is to be broadcast online on the official Facebook page of the OP and on leading Ukrainian TV channels.

Update: According to Babel , the venue will be Creative State Arsenal coworking on the Arsenalna metro station, near the Kyiv Food Market, where the first press marathon took place.

In this regard, uninvited journalists are going to come to the venue at 12:00 and hold a picket.

As IMI reported, on May 20, a press conference was held by President Volodymyr Zelensky following the two-year term as head of state. According to the OP, more than 200 journalists were accredited to the event, many of whom were not given the opportunity to ask questions.