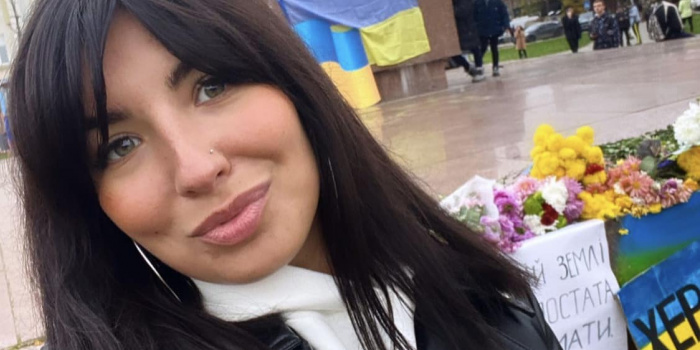 Yulia Zabelina, a political columnist for "Telegraf", reported that an unknown man attacked her near her house. This is the second attack she has suffered in the last two months. She reported this on her Facebook page on November 25.

According to her, the attacker's style resembled the attack that took place on September 5.

"A man in was wearing a black hood and groped my arm, then between my legs. Again, like two months ago. It was dark everywhere. I screamed and he ran away, and I ran. I ran to a neighbor," Yulia wrote.

She noted that she was unable to call the police, as there was no phone connection.

The journalist does not know what might be the reason for the attack, but noted that it was not an accident. "I don't know what I did wrong," she added.

Yulia Zabelina plans to leave Ukraine for a few days. She fears that the attack might happen again.

In a comment to IMI, Yulia Zabelina said that she had left Ukraine. According to her, her editor was able to call the police, but the police still have not contacted her.

She also added that she believed the attack has to do with her journalistic work. At the same time, she did not rule out that "some crazy reader" was stalking her.

As "Telegraf" notes, Yulia Zabelina is the media outlet's political columnist and parliamentary correspondent. After the start of the full-scale Russian invasion, she has been actively helping the Armed Forces of Ukraine, and she had been engaged in volunteering even before that.

As IMI reported, on September 5, an unknown man attacked Yulia Zabelina, a political journalist for "Telegraf", as she was opening the front door of her house in Kyiv. She managed to escape.

After the incident, Yulia Zabelina contacted the police and filed a statement about the attack. The police initiated a criminal case under Article 296 of the Criminal Code (hooliganism).

The journalist does not rule out that this may be related to her professional work.