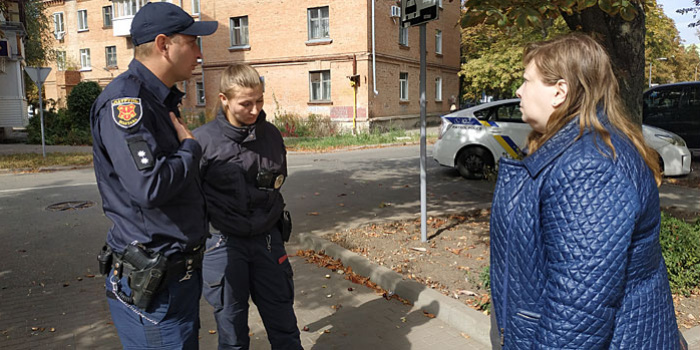 The journalist Olena Vakhnytska, who had won an appeal about reinstating her in office in the Poltava branch of NPTU “UA: Poltava”, has filed another complaint to the court about non-compliance with the court decision, as IMI correspondent in Poltava region reported it.

Vakhnytska claimed that the Poltava branch of PJSC “NPTU” refused to execute the court decision.

“Since I got decision of the Appeal court that stated my dismissal unlawful, I cannot resume my position. Not once I’ve been written to the management of the television and radio company about my reinstatement in office, but there is no decision. So, I file complaint to the police, asking to open criminal proceedings against officials who do not comply with the court decision. According to the charter, the branch manager is to dismiss and recruit its staff. I was told that since I had been suing PJSC “NPTU”, then I should demand the execution of the court decision from the company, not from the manager, that is, the head of the branch ”, - Olena Vakhnytska said.

The managers of the branch of NSTU “UA: Poltava” is not agree with it. In the presence of the police, called by Olena Vakhnytska, the branch manager Igor Sazonov and producer Olga Zhuravleva explained that the branch was not defendant in the case and the management of the Poltava branch does not have the required authority to perform the procedure.

The lawyer of the branch added that the branch office was not authorized to make changes to the staff list and it was done directly by PJSC NPTU. The lawyer also noted that they did not receive this writ of execution, which is the basis on which they must comply with the court's decision.

“When the PJSC NPTU, against whom the claim had been filed, will receive a letter from the enforcement service with explanation, because there has not been yet full court decision. On October 5, the court must provide the full text of the decision, ”Igor Sazonov, manager of the Poltava branch of PJSC NPTU told.

“Legally, even though our name contains PJSC NSTU and we are its branch office, we are just a separate entity, a unit,” Olga Zhuravleva, producer of the Poltava branch, said, noting that the decision should be made not by the branch, but by directly to NPTU.

IMI reported earlier, the journalist Olena Vakhnytska won an appeal for her renewal in office in the Poltava branch of NPTU “UA: Poltava”.

Vakhnytska had been dismissed from the position of senior editor within the limits of staff reduction in connection with the reform of “Ltava” Regional Broadcasting Company into a public broadcaster.

The journalist appealed against her dismissal to the October district court of Poltava. In a judgment of April 17, 2019, the court denied her claim, collection of average earnings for involuntary absenteeism and damages. But Olena Vakhnytska filed an appeal. On September 23, the Poltava Court of Appeal cancelled the decision of the court of first instance.