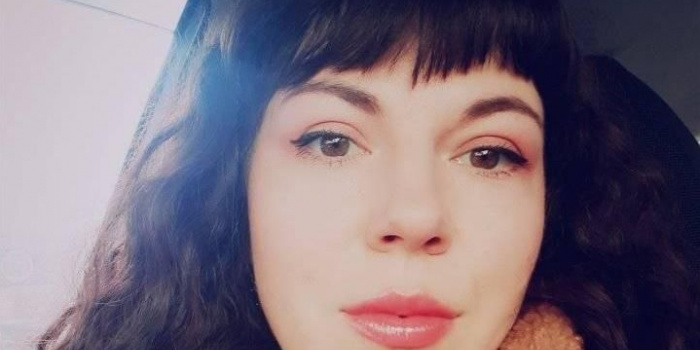 The journalist Lyubov Velychko has been threatened after the investigation about Russian Telegram channels " Telegram" for the Servant. How Telegram channels, probably from Russia, affect parliament’s work", published on July 13 on Liga.net, Texty.org and the Institute of Mass Information. Lyubov Velychko told it on her Facebook page on July 15, as Detector Media reported.

"After the investigation was published, my Facebook page was attacked by real and fake users. These commentators insulted me all the day long and threatened to find and punish me for such an investigation. At the same time, I was threatened and damned in my personal messages, they said I must abandon writing on topics related to the fundamental war the Russian Federation made against Ukraine, "Lyubov Velychko told Texty.org.

In addition, the wife of blogger and politician Anatoliy Shariy Olga posted a video on her YouTube channel in which she slammed and vilified the author of the investigation.

"I realize that my work is very unprofitable to the Russian intelligence. And I realize that they are keepking eyes on me closely in the context of my work on those topics. And so they put pressure on me, pouring lies and fakes. I have already came through a massive attack by Internet bots and Shariy’s supporters, "says Lyubov Velychko.

After having analyzed more than 10,000 messages in the Telegram channels "Dark Knight", "Maks Buzhansky", "Dubinsky.pro", "Lehytimny" and "Resident", the journalist determined that the latter two could be administered from Russia.

After reading the investigation into the influence of telegram channels on the MPs from the “Servant of the People”, “Resident” and “ Lehitimny” were collecting their thoughts for almost a day and reacted to the text only the day after the publication. You see, to respond correctly is a bureaucratic process that cannot take half an hour, "she said, adding that the MP Maksym Buzhansky responded to the investigation a couple of hours after the publication.

According to her, the day after the investigation was launched, the Resident and Lehytymny telegram channels published four news items each, in which they tried to convince everyone that they were not administered from Russia.

Theyaddressed to some other Telegram channels, which I did not mention in a single word in my investigation: "ZeRada", "Klymenko Time", "Woman with a Scythe", "Cartel", "Insolent Observer", and "Shadow on the Wicker" wrote two news stories saying about Soros's involvement while writing the text, " as Velychko added, suggesting that these telegram channels joined the information confrontation because they are also administered. from Russia.