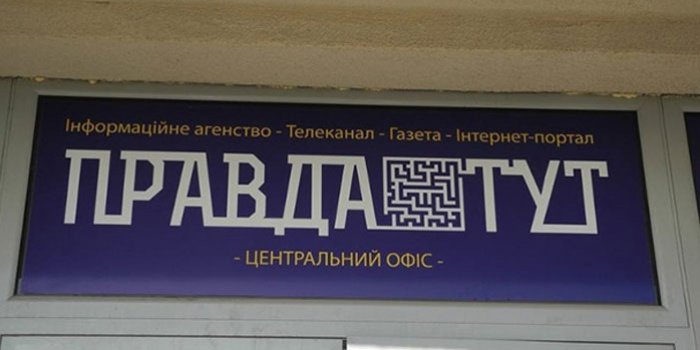 A former journalist for PravdaTUT TV channel, claimed he had been illegally detained on the orders of his employer, owner of the TV channel Ivan Gryshyn. The latter accused the journalist Valentyn Kovalevsky of equipment, as Detektor Media reported.

Valentyn Kovalevsky told, on August 28, he was abducted by a group of persons in plain clothes, who called themselves officers of an operational division of the Pechersk District Police Department.

The journalist and his lawyer, Denys Tsypin, said the detention was contrary to the law, and with abuse of power. As, in the police where Valentine was brought by force, it turned out that he was not "detained", but "invited" as to the documents. However, according to the journalist, this did not prevent the policemen from forcibly and without his consent to take his fingerprints and threaten him with “pressing charges against him”.

The policemen told Kovalevsky's "detention" was due to the claim of his former employer - the owner and director of PravdaTUT Ivan Gryshyn  who blamed the journalist with theft of some filming equipment.

At present, Valentyn Kovalevsky and his legal counsel Denys Tsypin believed it was an abduction commissioned by Ivan Gryshyn.

In July 2019, the TV channel owner lodged a complaint to the police, accusing his employee of stealing the equipment.

According to Valentyn Kovalevsky, since May 2019 the administration of PravdaTUT, where he worked at that moment, had problems with paying out salaries to the employees: the money was paid only partially or with great delay. After repeated appeals to the management demanding to pay the wage arrears, Kovalevsky was informed that he had been fired.

At that moment, the journalist disposed some office filming equipment (quadcopter), which he took to shoot material. After dismissal, the journalist did not receive salary arrears for several months of work, and after some times he informed Ivan Gryshyn that he would return the shooting equipment only after the debt had been paid. He soon learned that Grishyn filed the complaint on theft of equipment to the police. On August 19, Valentyn Kovalevsky himself applied to the police complaining of unjustified non-payment of wages, and on August 28 he was detained.

According to the lawyer, Valentyn Kovalevsky had not officially employed at PravdaTUT, so he had to prove he worked for the TV channel. "Valentyn signed his name in the register when he took the quadcopter, this could serve proof of his working relationship with PravdaTUT," the lawyer Denys Tsipin told.

Kovalevsky is willing to return the quadcopter at any time when the salary arrears in the amount of 55 thousand UAH will be paid. (around $ 2200).

And this, according to the journalist, is not single incident of non-payment of salary at PravdaTUT  TV channel. Several TV channel employees commenting on to Detector Media on condition of anonymity said that indeed they had not received their salaries for several months.

Ivan Gryshyn acknowledged that problems with non-payment of wages did occur. But it could be explained not by unwillingness to pay the salaries, but by some economic difficulties.

“We have a difficult financial situation now, because they had not paid us after the elections, so we have arrears,” Ivan Gryshyn explained. - And Valentyn knows this very well. Objectively, we currently have a month and a half of funding delay. But this is the case everywhere now, well, the country, tight corner, what can I say? (…) ”

The media owner said that he kept the list of those whom the company owed the money and would pay the debts as soon as possible.