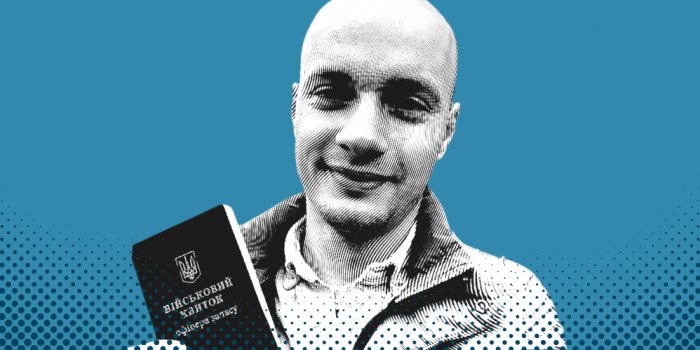 Slidstvo.Info journalist Dmytro Replyanchuk is joining the Ukrainian Armed Forces. He announced this on his Facebook page.

"Starting this week, I am putting my journalistic work on hold and joining the Armed Forces of Ukraine. On the first day of Russia's full-scale invasion, my colleagues from Slidstvo.Info and I switched completely to investigating war crimes and identifying the Russian occupiers. This work was productive and hopefully useful for the protection of our country and the future punishment of the filthy orcs. And my colleagues will go on with it.

"But I will now be fighting the Russian invaders in a different field. I hope everything will work out fine here, too," Dmytro wrote, signing as UAF junior lieutenant Replyanchuk.