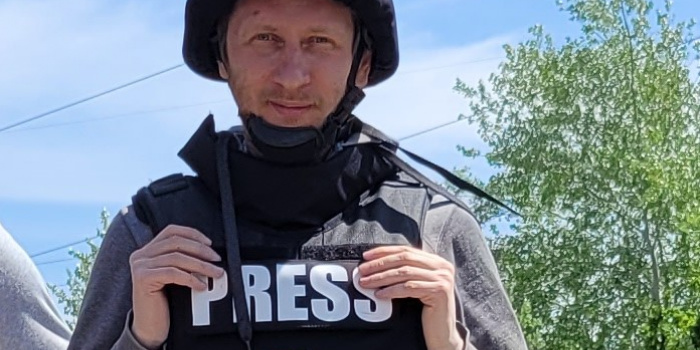 Journalist Oleksiy Bratushchak will join the Ukrainian Armed Forces. He announced this on his Facebook page himself. The journalist wrote about being drafted briefly: "Drafted. Private Bratushchak. My honour!"

Oleksiy Bratuschak joined IMI as a media expert in 2019.

Since 2020, he has also been working as a journalist for Hromadske. Prior to that, he had been a journalist for the ZIK channel, from which he resigned in protest against the owners' censorship; he had also worked for Channel 5 and used to be a political correspondent for Ukrainska Pravda.

Hromadske editor-in-chief Yevhenia Motorevska announced that the media outlet has a vacant spot for a journalist. Namely, she wrote:

"Oleksiy is a fighter. Until today, he's been fighting on the information front. Very soon he will do so in the Armed Forces of Ukraine. From the beginning of the full-scale war, Oleksiy Bratushchak has been working on the front lines. He has been to the positions where other journalists usually could not get to. He admired our military and brought stories that garnered (and continue to garner) millions of views. Very soon Lyosha himself will join the ranks of the Armed Forces. I am sure that he will make no worse a soldier than a journalist."