In Odessa, someone torched car of publisher “Sudnoplavstvo” magazine 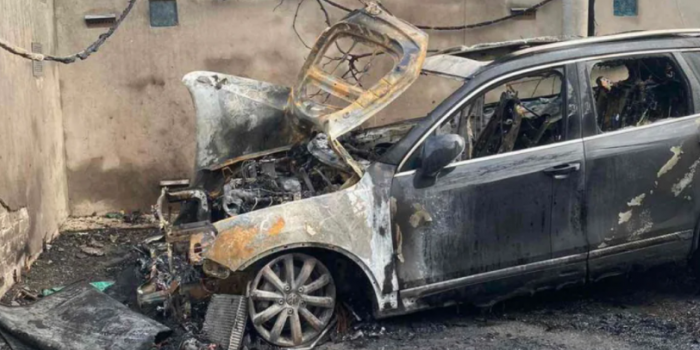 In Odesa, on the night of November 26, some unknown persons torched the car of Oleksandr Syvak, the publisher of “Sudnoplavstvo” (Shipping) magazine, as this was reported on the magazine's website.

The car burned to ashes and is beyond repair. The arson took place in a garage cooperative near the publisher's house.

As Oleksandr Sivak told Public broadcaster, he was “threatened a lot” last year, that was why he filed five complaints to the police.

Syvak related the arson ofhis car to his professional activity.

“The last threats were about a week ago, and that's what happened ... I have my own magazine "Sudnoplavstvo", in which we write about shady schemes. I also filed complaints to the State Bureau of Investigations (SBI) against influential civil servants, who had been threatening me, ”he explained.

At the same time, he added that a court hearing was scheduled for November 26 and that someone "did not really want it to take place." However, Oleksander did not say with whom he was suing.

As they said in the National Police in the Odessa region, the incident occurred about one o'clock on 26 November.

A Volkswagen Touareg caught fire in the parking lot on Armiyska Street. No one was injured in the incident. It was previously established that the cause of the fire was arson.

Information on this fact was entered into the Unified Register of pre-trial investigation under Part 2 of Art. 194 (“Intentional destruction or damage to property”) of the Criminal Code of Ukraine.