In Myykolaiv, journalist with OPORA denied access to nominating of candidate to municipal election 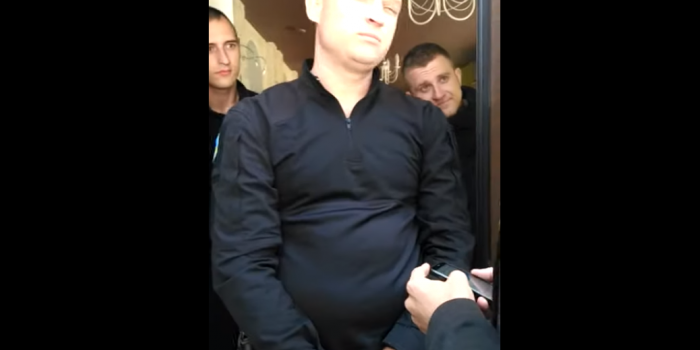 Screenshot from the video of Opoira

On September 18, in Mykolaiv, the journalist with OPORA edition couldn't get to the meeting of the regional organization of political party “Za Maybutne” («For the future») where they nominated candidate for elections of the chairman of the Mykolaiv city council, as the civic network OPORA reported it on its website.

The journalist, who was accredited for the meeting in advance, was allowed only to the solemn part of the event. Security guards did not let the journalist in to the nomination of candidates.

“No terms of additional accreditation for the second part of the meeting were not revealed. The guards refused to call someone of the organizers, as they allegedly did not have access to the premises, ”OPORA reported.

Commenting on the situation, Yuriy Granaturov, head of the Mykolayiv regional branch of the  “Za Maybutne” party, said the incident had happened due to misunderstanding and that journalists from other mass media could attend the nomination meeting. And the private security guards were hired in order to avoid possible provocations.

As IMI reported, on September 19 in Lutsk, a journalist from the Center for Journalistic Investigations "Force of Truth" Mariya Smyk was not allowed to attend a conference of the regional organization of the political party "Opposition Platform - For Life."

On September 19, in Lutsk, journalists from Tochka OPORY and the Center for Journalistic Investigations of the Force of Truth were barred from attending a conference of the Volyn regional branch of the Servant of the People political party, citing quarantine restrictions.

On September 19, in Lviv, representatives of Tochka OPORY and another journalist were denied access to the conference of the Lviv regional branch of the Servant of the People political party to nominate candidates for local councils due to quarantine restrictions.