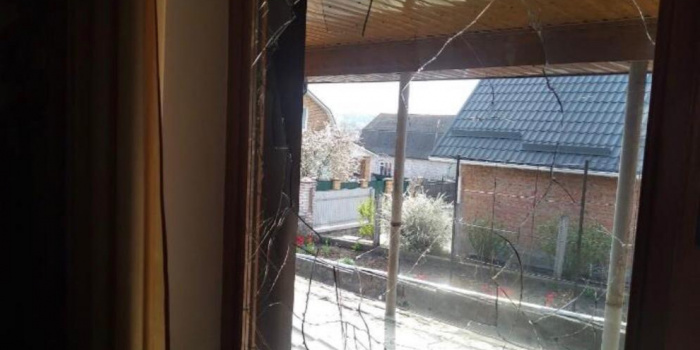 At Tetiiv (Kyiv region), on April 25, some unknown people smashed windows in a home belonging to a local journalist and projected Molotov cocktail inside. This was reported on the website of the police of the Kyiv region.

There was no ignition and no one was injured. The Tetievsky Police Department Investigation Team examined the scene, the experts seized a paving stone and 1.5 liter polypropylene bottle partially filled with a gasoline-stained liquid.

According to the victim, he attributes the attack to his professional activity.

Criminal proceedings under part 1 of Art. 347-1 ("Deliberate destruction or damage to journalist's property") of the Criminal Code was opened. The police probes into the case.

As the local branch of party Svoboda claimed on its Facebook page, the attack targeted the house of its activist, representative of the press service of Tetiiv district organization of VO“ Svoboda ” Igor Savluk.

The attack would be related to the conflict surrounding the landfill being transferred from Lviv to Tetiyiv.

As it is noted in the message, deputies of the Tetiiv municipal council, on the initiative of the faction of Svoboda VO seized Kiev regional prosecutor's office, police and Ecology and natural resources administration, requesting them to probe into the case of transfer of the waste to Tetiiv landfill from  Lviv.

“Our activists have the impression that someone is really trying to halt the investigation” .Svoboda said that Igor had been repeatedly threatened due to his stance as to Lviv landfill.