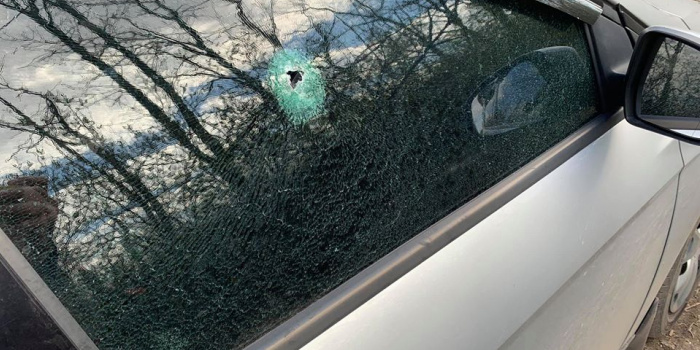 In Donetsk region, on April 7, militia fired at a car with the crew of Ukraina TV channel. No one was injured as a result of the incident. Oleksander Makhov, journalist with Ukraina TV Channel told it on his Facebook page.

According to him, the projectile was dropped purposefully from the drone.

"Militia fired at a car with reporters of Ukraina TV channel. They purposely targeted the vehicle. Because the shooting happened at the moment, when the car stopped in a special place near the position. The car was marked as civilian. The invaders dropped a missile from a drone that fell one meter from the car. The projectile crashed into several small fragments. A fragment broke through the side window of the car. Several other fragments hit the carrosserie, "he wrote.

There were in the car Oleksander Makhov, operator, driver and press officer of the subdivision, who accompanied the TV crew. After the shelling, they immediately sheltered in a dugout.

Commenting the incident to IMI, Oleksander Makhov said that the shelling took place near the city of Krasnogorivka.