In Dnipro, “Informator” claimed someone spread fake ads on its behalf 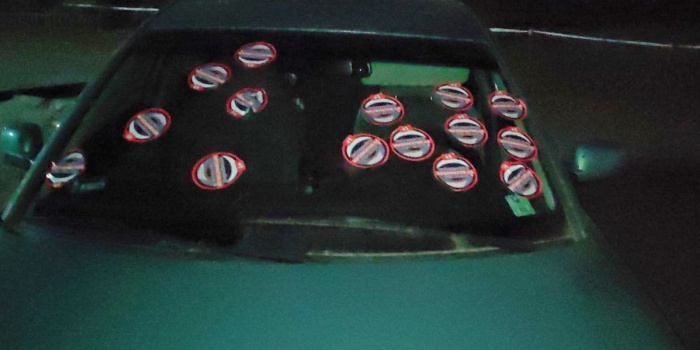 The web-based edition “Informator” in Dnipro has claimed that some unknown persons stuck the stickers with its logo onto cars, as the deputy director of “Informator” Olga Paliy told the correspondent for IMI in the Dnepropetrovsk region.

Last week, several residents of Dnipro have been calling the editorial office and complaining that “Informator” stickers were pasted to the windshield, license plate or other surfaces of their cars.

“We cannot say exactly what it could have been caused by, because we write a lot of things. But occasionally some people who get into our lens, especially if they did something wrong, are not happy. Quite often, we are called and asked to remove something (remove a report or photo from the website. - Ed. ). Of course, we ignore it, because we work in accordance with the law, and if you have violated something and behaved like I don’t know who, then you should account for it, at least by moral condemnation, ” Paliy said.

Olga Paliy did not exclude that someone was trying to take revenge.

“We also write about activity of the municipal council not always in a pleasant way, and I understand that this action is not too expensive and what people wrote in the comments are some young persons who are involved in this hooliganism. Someone may have printed our logo well-known by everyone for not very big money, and hired some people to do it. We regret so much that several persons who are nothing to do with it suffer from it and someone is trying to get back at us, ”Olga Paliy said.

The editorial board did not complain to the police, because they do not yet see themselves as the aggrieved party. But they are advise to do so to anyone who complained to them about such stickers.