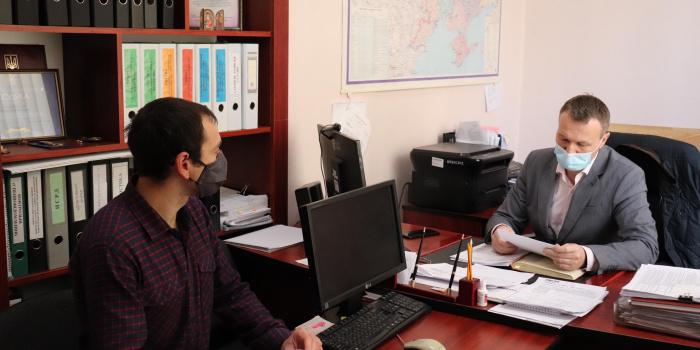 IMI representative in Transcarpatia region urged the police to investigate properly the cases of crimes targeting the press. On December 9, Yaroslav Hulan said it at the meeting with Volodymyr Pukman, deputy head of the Investigation Department of the national police in Transcarpatia region. Several cases of violations of the journalists' rights in the course of performing their professional activity and its proper pre-trial investigation by the law enforcement bodies were discussed during the working meeting.

Yaroslav Hulan drew attention to the incident, when the Uzhhorod police dropped the criminal proceedings in April, but the journalist was informed of it only in October , as well as a recent incident in the Zakarpattia Regional Council, where they tried not to let the press to attend the session.

Yaroslav Gulan added that the Institute of Mass Information is monthly updating the Freedom of Speech Barometer and also thoroughly monitors whether the work-related cases targeting the journalists  get to the courts and, in fact, how they end up in court.

“Actually, to deny access to public information for the press  entails a criminal responsibility and is under police jurisdiction. Non-admission of media outlets to meetings of local government under the pretext of lockdown has also signs of a crime under police investigation, Yaroslav Hulan summed up. – So, we urge journalists to contact the police immediately in case of any incidents of obstruction of their work. We, in turn, expect an efficacious work from law enforcement officers. ”

Police spokesman Volodymyr Pukman said that cases related to journalism were under special control of the police.