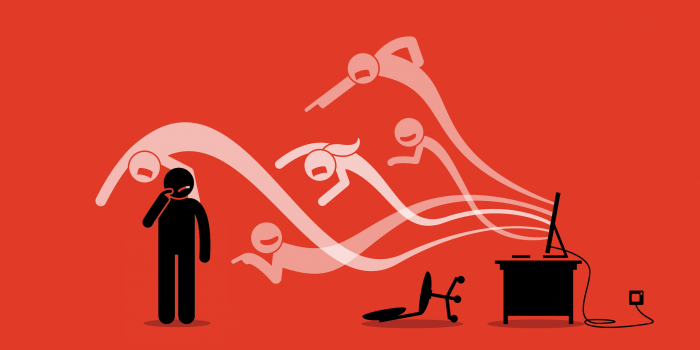 The IMI expert Iryna Zemlyana is being harassed and threatened on Facebook due to coverage of incidents surrounding evacuation of Ukrainians from China to New Sanzhary (Poltava region).

Iryna Zemlyana told, the threats are sent to her private messenger and as comments on the social network.

She noted that the active phase of the bullying began after the February 20, when the edition “Bukvy” published her op-ed titled "Battle of Poltava 2.0. How to fail communication and sow panic . " The column spoke of eventual placement of evacuees from China in the sanatorium "New Sanzhary".

“After I started to actively cover the developments in Novi Sanzhary, they began bullying me in comments on social networks, and after my op-ed was published in “Bukvy”, they did in private messages. In general, offenses were sent targeting both me and my countrymen. In a total for four days, I got more than 30 different invectives, ”- Zemlyana said.

Iryna Zemlyana is not going to contact the police, because she has experience in dealing with complaining about cyberbullying to police and she considers this case not promising.

As IMI reported, on September 10, 2019, IMI media expert Iryna Zemlyana and human rights activist Elizaveta Kuzmenko, movers of the #iamnotdarlingtoyou (#yatobinedorogenka) flashmob, have filed the complaint to the police about having been harassed and threatened on social networks. The relevant complaint was lodged to the department of cyber police of the National Police and to Commissioner for Human Rights in the Parliament.

The Kyiv Cyber ​​Police Directorate of the National Police considered the complaint filed by the movers of the flashmob #iamnotdarlingtoyou Iryna Zemlyana and Yelyzaveta Kuzmenko as a "collective citizens’ appeal" over harassment and threats against them on social networks. This is said in a letter from the cyber police department to the head of the National Police in Shevchenkivsky district in Kyiv the police colonel Dmytro Shemeyko.

The letter from the cyber police department said that they received the "collective public appeal" of Iryna Zemlyana and Yelyzaveta Kuzmenko about allegedly unlawful actions committed against them.

“Given the aforesaid and taking into account the fact that there are no investigative units in the structure of the Cyber ​​Police Department of the National Police of Ukraine, as well as according to the Procedure, clause 9 of Section II“ On Approval of the Procedure for Unified Accounting of Complaints and Reports and Other Events in Agencies (Units) of Police”, approved by order of the Ministry of Internal Affairs of Ukraine of 08.02.2019 №100, I address the collective appeal of Kuzmenko Y. and Zemlyana I. to you, in order to conclude about the issue, as to the art.214 of the Code of Criminal Procedure of Ukraine,”, - the letter signed by the chief, police colonel Anatoly Skyba reads.

Iryna Zemlyana found that cyber police was not ready to investigate cyberbullying cases, although this is a serious problem at present.