ICTV argued its case why TV series shown in Russian 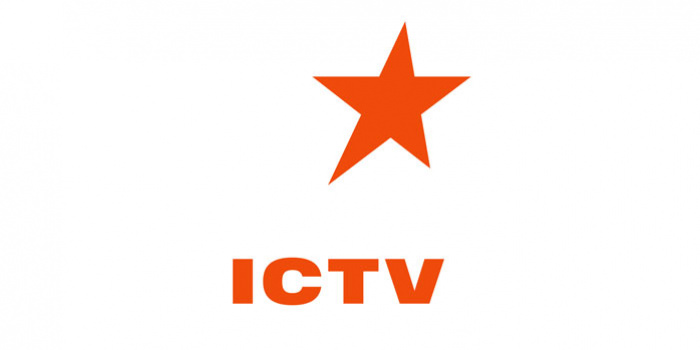 This was due to a technical problem that on July 16, ICTV broadcasted an episode of the TV series in Russian, not translated into Ukrainian. This was said in the official statement of the ICTV TV channel, replying to the message of the Commissioner for the Protection of the State Language about the violation of language legislation by a number of Ukrainian TV channels, as Interfax-Ukraine reported.

“We were also upset by that technical failure we had, which occurred on July 16 at 4:00 am, which led to the broadcast of an unplanned untranslated episode of the series "Secret Doors". After this unfortunate incident, our technical service took measures that will prevent similar incidents to happen in the future, ” the statement read.

As to the broadcaster, actually no single TV series is broadcasted on ICTV, if not having been translated into Ukrainian.

The channel clarified that the law of Ukraine on the official language did not require the broadcasting of programs only in Ukrainian, except for the news, by regulating through quotas the amount of official language on the air in general at regulated intervals.

"We will be grateful, if the ombudsman finds an opportunity to apologize for disseminating an unverified information about violations and will charge its relevant services to verify and clarify the information before making it public," the statement said.

We will remind, on July 20 the Commissioner for protection of the state language Taras Kremin blamed six Ukrainian TV channels for violation of the law on official language, saying that some films and TV series were screened in Russian. He cited ICTV among offensers.

The Ombudsman Taras Kremin sent a letter to the National Council of Ukraine on Television and Radio Broadcasting with a request to apply the sanctions specified by law to the mentioned television and radio organizations.

For its part, the National Council stated on July 21 that no official appeals had been received from the language ombudsman.

"The National Council has not received any appeals or acts from the Commissioner for the Protection of the State Language since July 16, 2021 (the date of entry into force of the new norms of language legislation). We do not consider public statements on social networks a correct way of communication more if they contain some inaccurate or incomplete information, " the regulator said.

As IMI reported, on July 16, parts two and six, eight of Article 23 of the Law “On Ensuring the Functioning of the Ukrainian Language as Official Language” came into force, which regulates the use of the state language in culture, entertainment, tourism, book publishing and bookstores, film production in cinemas and on television.

On July 16, 2019, the Law of Ukraine “On Ensuring the Functioning of the Ukrainian Language as the State Language” came into force in Ukraine. On April 25, 2019, the Verkhovna Rada of Ukraine adopted the law in essence.

According to the document, the only national (official) language in Ukraine is Ukrainian, its status as the only state language is determined by the state-building self-determination of the Ukrainian nation. This law also regulates the functioning and use of the Ukrainian language as the official language in the spheres of public life throughout Ukraine.

On July 14, 2021, the Constitutional Court of Ukraine ruled the Law of Ukraine “On Ensuring the Functioning of the Ukrainian Language as the State Language” constitutional.