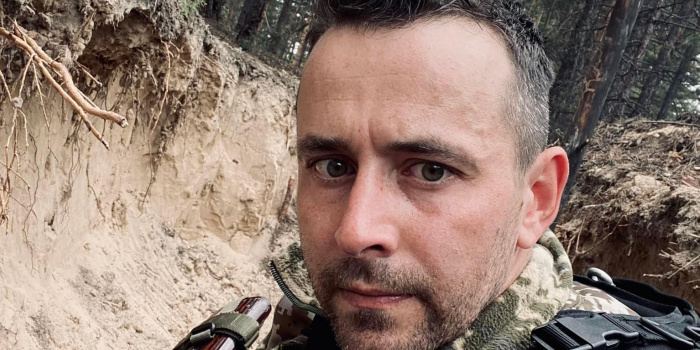 The writer's wife, Ukrainian filmmaker Iryna Tsylyk, noted on her Facebook page: "Yesterday, Chekh's text was published in The New York Times. At first, I didn't even notice that there were comments under the post. But there are. Over three hundred reactions, mostly from real people, judging by the way they are written. Most of them are sincere, eloquent letters of support to the author and the Ukrainian military. […] Someone wrote that they ahd printed the essay out to give it to their grandchildren to read. There is a lot of admiration for Ukrainians and the Ukrainian military in general."

You can read the full essay here.

Artem Cheh is a Ukrainian writer. Some of his works have been translated into German, English, Polish, Czech, and russian. The core traits of his works include surrealism, grotesque, philosophy, literary experiments, and autobiographical elements.

His most famous books are "Who Are You?" (for which the writer received the BBC Book of the Year 2021 award), "On the Great Land," "Absolute Zero."