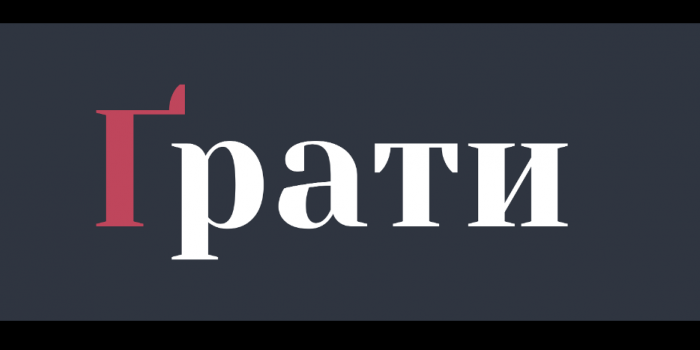 The website of the Ukrainian judicial journalism outlet "Graty" has been blocked in russia.

This was announced by the publication's editor-in-chief Anton Naumlyuk on the media's Telegram channel.

According to him, the decision to block the website had been made by the Prosecutor General's Office on June 2, and Roskomnadzor announced it on June 5 and immediately began the blocking.

"I must admit, I have little to say about this. 'Graty' is an independent Ukrainian publication on judicial journalism (in the broadest sense), operating under Ukrainian law in accordance with journalistic standards. The illegal decisions of the authorities and law enforcement departments in russia are only of interest to us as another manifestation of the aggression and violation of rights and freedoms, especially of our citizens in the temporarily occupied territories, including Crimea, i.e. in the places where blocking objective information has become one of the methods of state terror against residents," the editor-in-chief wrote.

Anton Naumlyuk added that "it makes no sense to contest this decision in court in the absence of an independent judiciary system in russia."

He added that the publication will continue to work as it did.

"We will continue to talk about the functioning of the Ukrainian judicial system and courts – a place where citizens face the state; to cover the facts of human rights violations in Crimea; to testify about the war crimes of russian troops, and much more," he said.

As IMI reported, Roskomnadzor demands that Vilne Radio, which broadcasts in Bakhmut (Donetsk region) and the neighboring settlements, remove content about the russian army's crimes against civilians committed in the first month of the full-scale invasion.