The General Staff of the Armed Forces of Ukraine and the Center for Countering Disinformation at the National Security and Defense Council urge civilians, journalists, and public opinion leaders not to spread any information about the advance of Ukrainian troops and their location in Kherson region.

This was stated by the Center for Countering Disinformation.

"Believe in our army, but do not harm it with excessive attention! We are fighting against an insidious enemy whose numbers are, unfortunately, large. Therefore, before you write or say something, please weigh every word so as not to cause harm and not to give russian propaganda something to talk about," the statement reads.

Therefore, the departments urge the people not to spread any information about the advance of our troops and their location in Kherson region, so as not to make the defenders' work harder.

"Today, only the top military leadership has complete information and can provide comments and forecasts," the statement reads.

In addition, the CCD reminded of the rules of information disclosure: do not livestream the troops' movements, do not film the sites of shelling and the work of air defense systems, and carefully verify the information through official sources.

"Do not become a tool in the hands of the enemy! Work for the state, not against it!" the message reads. 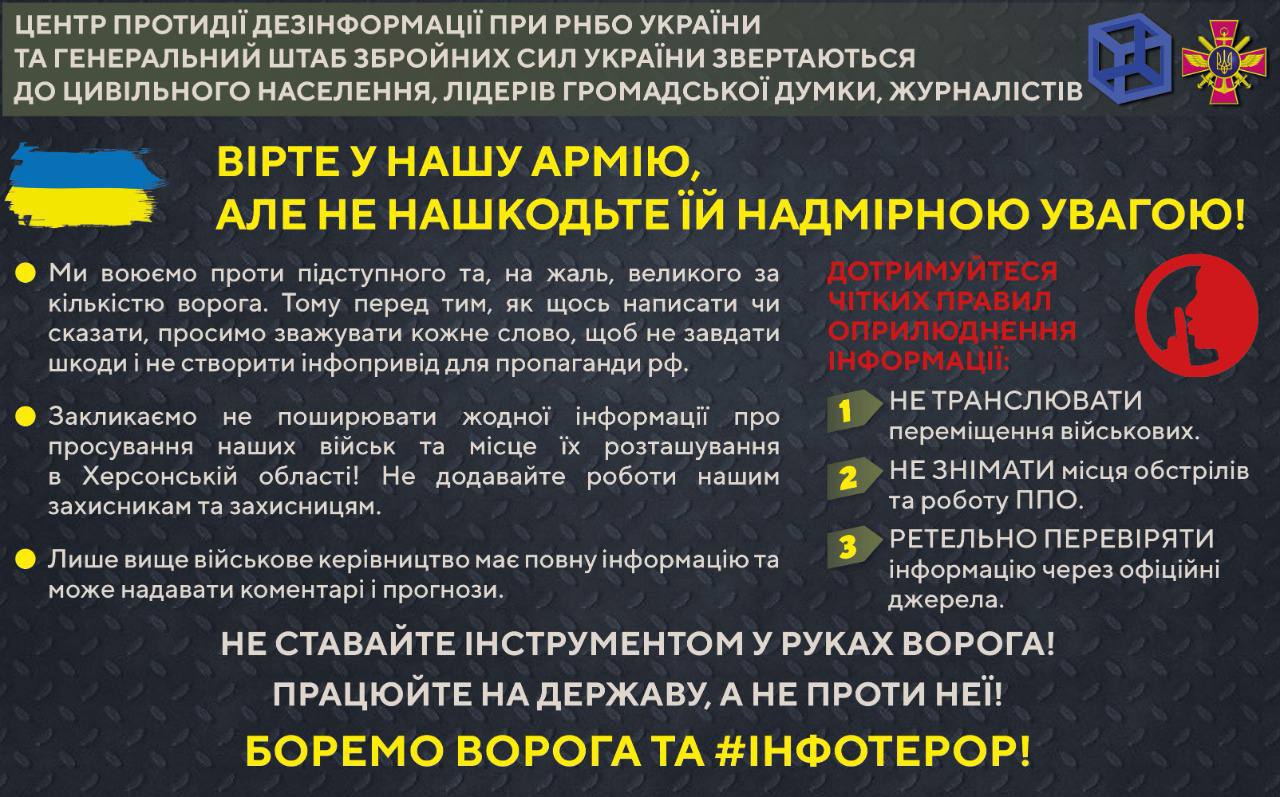